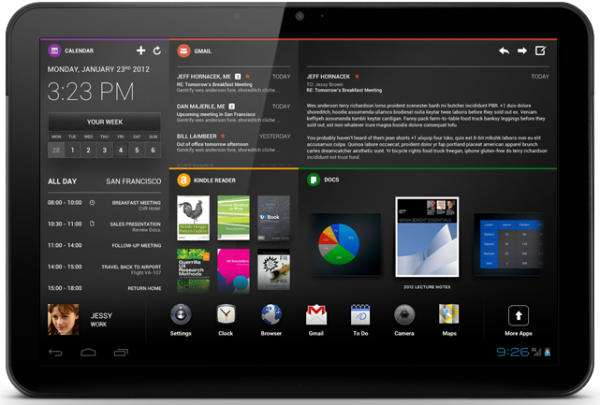 There’s a brand new interface in town, one that you’ll love when applied on top of Android 4.0. Forget about Sense 4.0 and the latest TouchWiz and meet Chameleon, an UX overlay based on Android 4.0, that allows you to interact with the tablet in a new way, as shown in the video below.

Behind this project there’s company Teknision, the one that created the UI of the RIM PlayBook tablet and I have to say that that’s not bad at all, since it’s got a sleek UI. This UX doesn’t rely on grids of apps and notification areas, instead using the entire screen and adding smart widgets for main functions such as email, apps, weather and others. It reminds me of the concept behind Metro UI on Windows 8 PCs and slates. The name Chameleon isn’t used here just for kicks, as the experience is supposed to adapt to the user’s preferences. 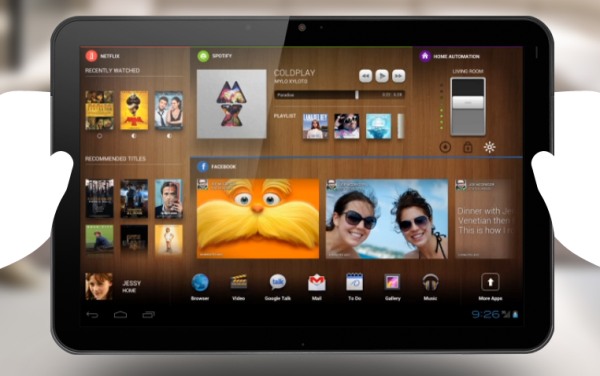 The app integrates facial recognition technology and can determine who uses the tablet, also associating the user with a profile. When the new user is detected, the home screen and the entire UI and experience is rearranged for that person. Now, how cool is that? Seamless allocation of security permissions is also in the mix, without requiring passwords. Chameleon will also use the GPS on the device to find out where you are and also adapt to that instance. So, if you’re at home, you’ll get a dashboard of favourite apps, stuff like an RSS reader or a TV guide. If you’re at work, the productivity suite will pop up.

Chameleon even provides email auto responders and can automatically set your social networking status if you’re busy or something. Will this become a mainstream UI in the future? What do you think?