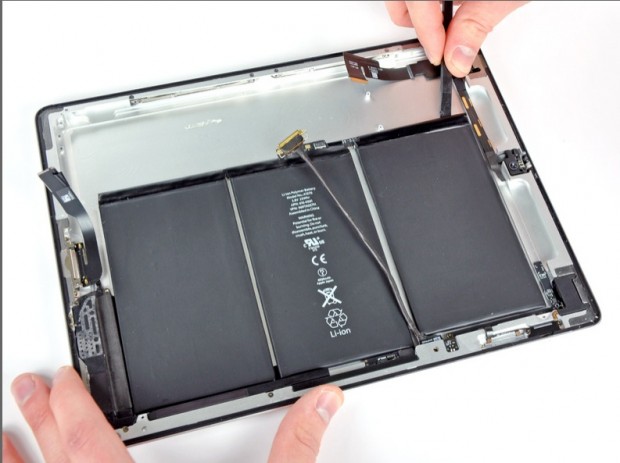 After we were stunned by the impressive 11.000+ mAh battery on the iPad, that appeared on the web as info for now, we also found out how Apple tests its power sources to market us their life. The iPad is famous for the 10 hours of functioning time it provides and usually it lives up to the promise made by Apple. But how exactly does Apple measure that?

It appears that the Cupertino giant actually tests the iPad like a real user and doesn’t tweak the settings to maximize battery life and promise more than they can deliver. And now we’ve found out how the battery of the new iPad was tested: video playback, audio playback, internet browsing using WiFi or cellular network. If you want the details, know that the video content was a repeated 2 hour 23 minute movie purchased from the iTunes Store. Audio content was a playlist of 358 unique songs, that combine songs imported from CDs using iTunes (128 Kbps AAC encoding) and songs purchased via iTunes Store (256 Kbps AAC encoding).

There was also a test involving Internet over WiFi and cellular data network with dedicated web and mail servers, browsing snapshot versions of 20 popular web pages and getting email once an hour. All the settings were default, aside from one: WiFi was associated with a network. The WiFi feature “Ask to Join Networks” and “Auto Brightness” were turned off. Usually notebook and smartphone battery benchmarks overstate battery life, focusing on artificial tests, not real life use, but Apple even figured that out, so rest easy, as the battery will last long.