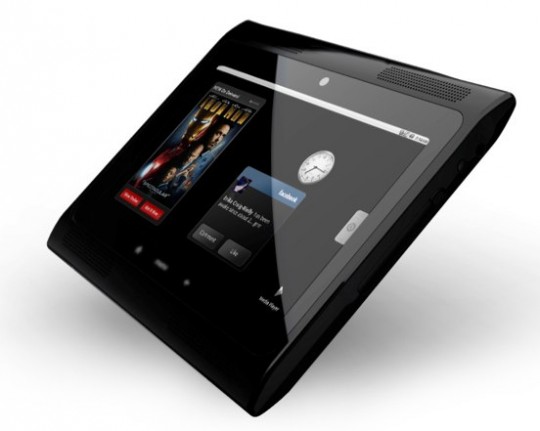 Verizon have just introduced a brand new tablet manufactured by ICD at CES 2010, the Ultra model, that you can see in the following image. This Android slate is based on Nvidia’s Tegra 2 chipset, uses a 7 inch touchscreen display and packs a Motorola 4G modem with support for high speed LTE connectivity.

Of course, we don’t expect this product to be released too soon, since Verizon is still testing its LTE network and it’ll being the full rollout later this year. 4G connectivity will be available in 25 to 30 markets by the end of 2010, or so claims the carrier.

Back to the ICD Ultra tablet, we learn that it’s capable of 1080p HD video playback, due to the Tegra 2 chipset and that it also supports WiFi b/g and Bluetooth 2.1 connectivity. A single charge of its battery will provide you with 4 hours of use, but Verizon’s PR says you’ll be able to enjoy hours of YouTube HD content on this device, thanks to is power source.