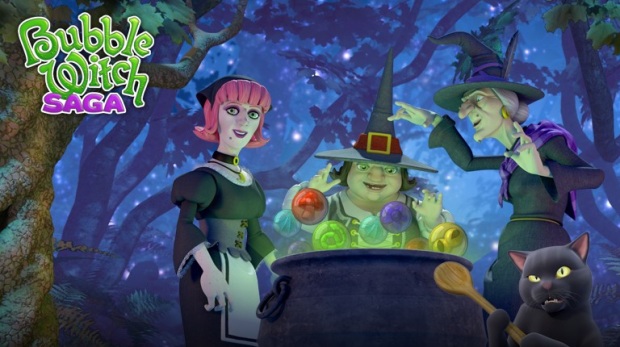 King.com’s phenomenally successful puzzle-shooter Bubble Witch Saga has been playable on Facebook and is available on iOS since the end of July. The 4.8 million daily players on Facebook can now enjoy a new experience on the iPad with the game optimized for retina displays.

Bubble Witch Saga is a match three style puzzler that’s simple to look at and play, but highly addictive. Players are presented with a screen full of colourful bubbles. Match three of them by flinging a bubble their way and they vanish into nothing. It’s a typical Match Three style format and one that’s often proven successful. The game allows a set structure for each level, so in a way it’s also part puzzle game as well as a matter of lining up shots perfectly. It’s quite challenging stuff as players are given a limited number of shots to complete the level within.

In app purchases are available to help you go through the 150 levels. Players can switch between the app and the Facebook game without losing progress and you can overtake those friends on high-score tables, while bragging about your best scores on the social network. You will get 20,000 coins just for connecting your Facebook account in the first place, while earning them in small amounts for playing. You can also rely on in app purchases to make your life easier. 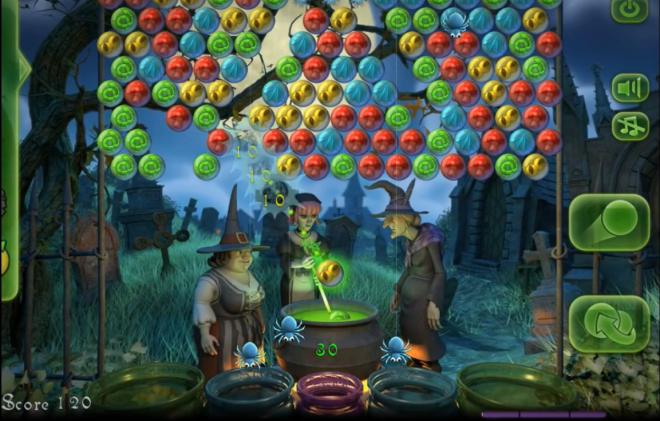 Download Bubble Witch Saga for free from the Apple App Store or hit the QR Code bellow for faster access. 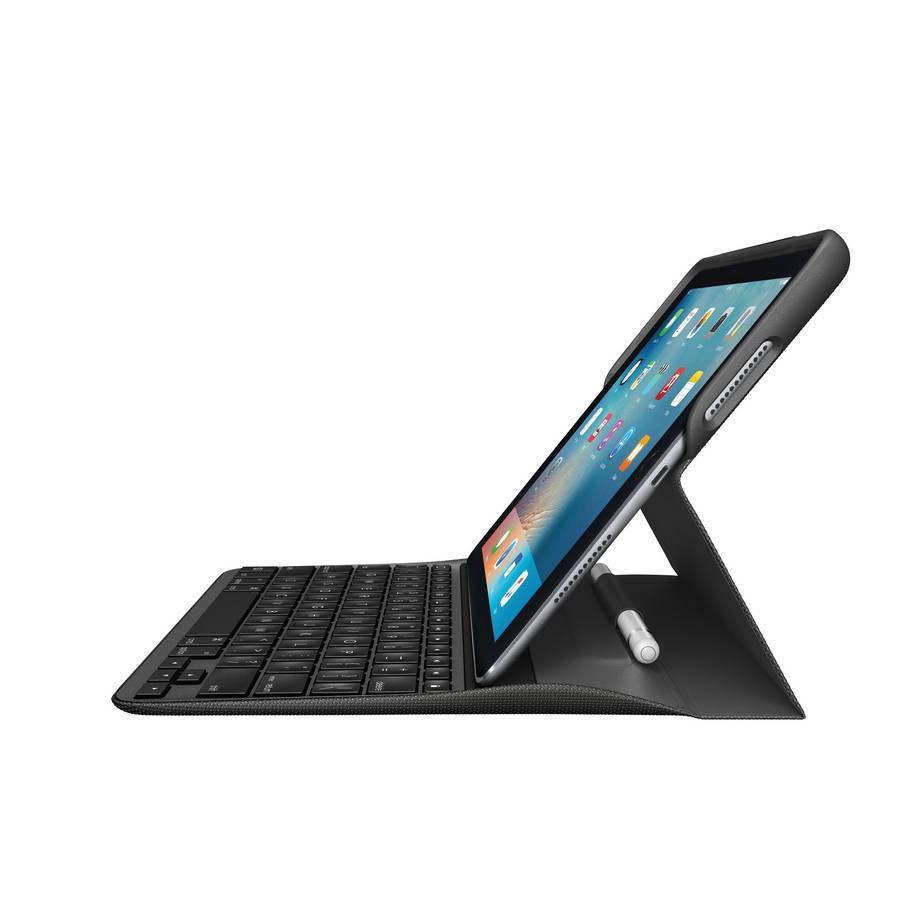