Boeing 787 Dreamliner is a technological peak, since it not only looks great, but also gives you the best high tech features. Boeing has taken 859 orders of the plane since 2004 and delivered merely 14 plans. The really interesting thing here is that Boeing offers two in flight entertainment systems, with connectivity available as well.

I’m talking about the Thales TopSeries Avant and the Panasonic eX3, the latter being based on Android. As you can see in the picture all 254 seats of the 787 feature the Thales IEFC in this version, of a Quatar Airways plane. Business and economy classes on the plane get 17 inch and 10 inch touchsreen IEFCs respectively. IEFC stands for “in flight entertainment and connectivity” solutions, meaning basically that you get tablets mounted onto seat heads.

Each IEFC features an STMicro dual core ARM CPU, 1GB of RAM, a 256GB SSD (crazy amount, we know). There’s also a main server behind this, with 32 x86 cores, 128 GB of RAM and an extra 4GB of SSD storage. Avant can even include a pull out Android handset, for running Android apps that works better on a smaller screen. Android 2.3 or 3.0 is included here, according to rumors. The planes will also get WiFi and 3G GSM, so this is as good as it gets. 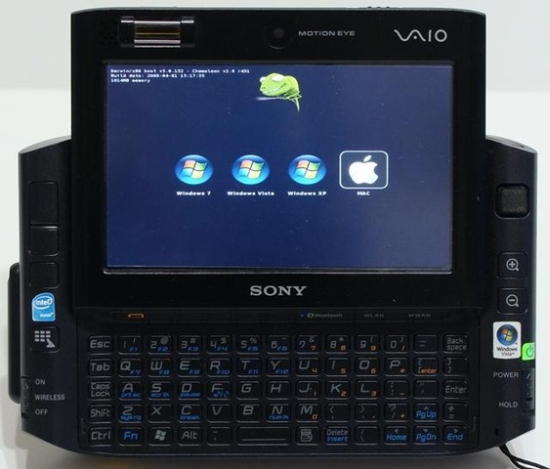 Modded Sony Vaio UX490, the Most Impressive UMPC in the World