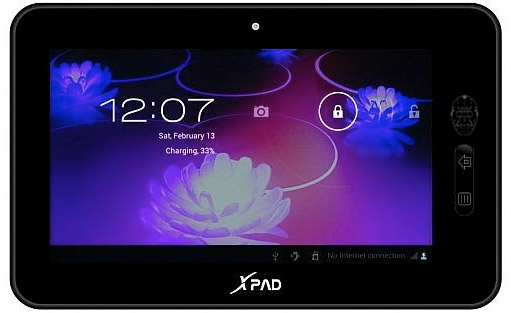 While people are really into the $199 Nexus 7 tablet, there are several other cheap tablets out there worth noticing. One of them is the famous $35 tablet from India, but now there’s a new model that may not be as cheap, but it’s still very affordable. I’m talking about the Xpad Tablet.

Simmtronics makes what they call “the world’s most affordable tablet”, going of $81 and packing a Cortex ARM 8 CPU, a multi touch panel and WiFi. The product is aimed at the Asia-Pacific area and it should debut in a special version for students in the Middle East as well. The device will ship in versions with 7, 8, 9 and 9.7 inch screens and there will also be a 10 incher included.

Each of them runs Android 4.0 ICS and does 1080p video playback. There’s also 4GB of NAND flash on board, plus a microSD card slot. The design of the device is pretty basic, as shown by the image below, so it’s nothing we haven’t seen before. Hopefully the quality of the materials is decent as well.