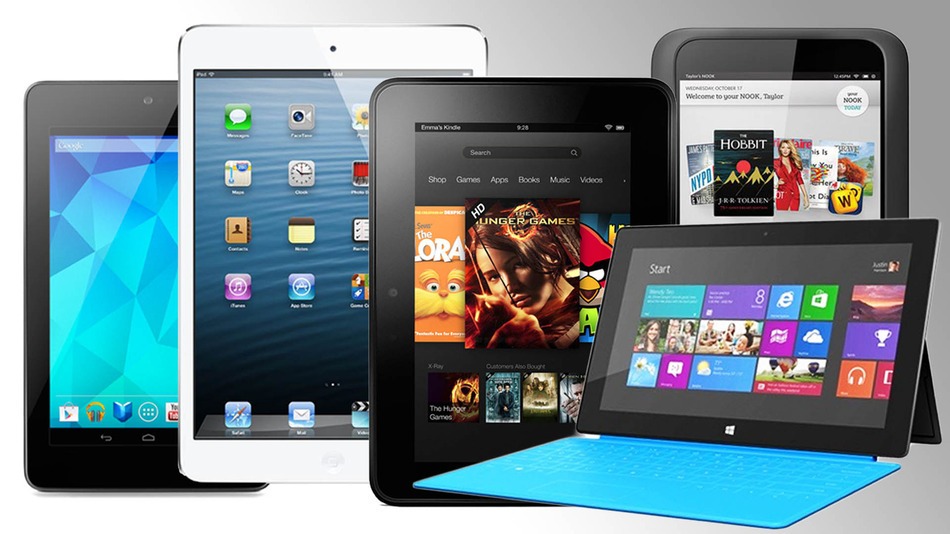 Tablet business are gold mines for some, or pain and loss for others. Tablet business begun in 2010, thoroughly, when Apple launched its first iPad and set a new trend: doing work or entertaining on a small, portable screen with touch input. Although Apple wasn’t the first company that had tablets as products, they somehow managed to inject this type of product in the market and set a new desire for gadgets. Palm, HP, Microsoft, IBM/Lenovo, all had products that had stylus input and tried to bring a portable device that is lighter than a laptop, with better features. They were heavy, poor battery life, had no tablet specific apps and were very expensive. You had to break a bank for buying that gadget, if it could be named as one.

After 2010, tablet PC business exploded, Apple was followed by Samsung and even they had differences and still have and sued each other, they lead. Apple and Samsung lead the tablet business, they have totally different ecosystems and offer different types of products, but people buy them as soon they are launched. Followed by Asus, they also grew in these 3 years, at first, Asus hadn’t any product like this, but now they have even hybrids, with Windows 8.1, splendid, aluminum made Ultra books that convert to tablets if detached from their keyboard docking.  They practically invented the hybrid convertible type of device, transforming a tablet into a portable notebook or vice versa.  This set a new age and line of products and Asus also got copied and followed by, many other brands and manufacturers had similar products. Asus also innovated by launching a product they called Asus Slider tablet, a tablet based on Android operating system that had a sliding screen, Sony also launched its line of VAIO DUO Touch, also with sliding mechanism, copying Asus.

Asus wasn’t the first tablet maker after Apple set the trend with iPad; Samsung was the first manufacturer to launch a tablet with non-Apple logo, a 7” device, also with GSM capabilities that was launched to counteract the hype with the iPad. It was called Galaxy Tab, codenamed P1000. Samsung hadn’t sold so much as expected, ~1.4M units were sold. It had Samsung’s exclusive SoC, the “Hummingbird”, a 1GHz Cortex A8 with PowerVR SGX540 GPU and mostly it wasn’t seen as a good rival to iPad, many reviewers complained for its rough edges, poor performance, short battery life and poor software implementation. It ran on Android platform, version 2.2 Froyo and 2 years after, it was upgradable to 2.3 Gingerbread. Samsung had many complaints, because Apple offered all IOS updates on their iPad, while Samsung forgot its users and moved to another, better product. This complaint stands still as of today, but with smaller impact, as Samsung began to listen to its customers and improved the support time for products.

This was and is still a major issue in mobile business, support. All major manufacturers prefer to launch a new, refreshed product, instead of updating the already launched phone or tablet and keep a steady life cycle and they prefer to gain new customers and force to buy a new product, in spite of keeping the old one, a bit longer. This is the age of consumerism, where phones and tablets or any gadget is sold and manufactured in millions, there is such a large business, mostly because after the big manufacturers have many models, the market is flooded with counterfeit or even replicas, called clones.

Now this is the sweet spot and the biggest problem in tablet wars. Besides big brands, which they battle for prices and new models almost every few months, there are a myriad of small brands or companies, mostly Chinese manufacturers that sell their tablets under different names and many of them are even the same company or OEM, but, for the sake of flooding the market and forcing the “bigger houses” to sell cheaper, they have replicated or cloned the tablets and started to sell under different names. These are called “White boxes”, because the box of the packed tablet is mostly white and has no logo or specific name stamped on it. This type of tablets are very cheap, starting at about 50$, going to 300-400$ and even upper, they are made from cheap materials, have low end CPU’s and smallest amount of RAM memory and storage, proprietary chargers and outdated software. This happens because few people know that Google doesn’t offer Android for free, you got to have a special contract with them to have all latest software updates. But because after a while, Google launches the SDK for Android, Chinese manufacturers put the software that is free and many of the tablets they offer doesn’t even have the Google Market or Play store (as it’s called now) and if you buy a White box tablet, you end up having the same firmware for months or years as they won’t offer updates because they haven’t got contracts with Google.

But people, most of buyers anyway, because of the cheaper prices, they won’t mind that the tablets they buy will die with original firmware, as long as the price is right.

In the battle of tablets, a new player entered in full force. The company that developed the “open source” operating system, Google, yes the company that is so well known for its successful yet controversial and privacy invading search engine, saw the tablet wars. Until 2012, they preferred to make deals in the dark with all camps or fighting “tribes”, but they asked themselves “why not? Why won’t we join the fight?” In a way that they won’t enter too much in conflicts with others, they launched a successful and beautiful tablet, they called it Nexus 7. The tablet was praised for its low price, in fact, this killed in a way the idea of buying a cheap knockoff, because for the price of 199$, you received a product that was much more powerful than any White box, in fact, the tablet was powered by a high-end CPU, the Tegra 3 and with 1GB RAM, plenty for multitasking, Nexus 7 was so wanted, that Google was unable to fulfill all request at first. The tablet was built by Asus and Google already launched the second version, also built by Asus, with 1080p screen, a much more powerful CPU and more memory.

The success of Nexus line of tablets is much because Google offers its updated operating system first for them, then it works with partners for their products also. Google has little profit per unit just by hardware manufacturing; instead they offer its services for a fee, like Amazon does. Nexus tablet was launched mainly because of Google’s direct competitor, Amazon that had the Kindle tablet before them, but being a limited device and linked with only what Amazon has to offer, Nexus was seen as a more desired product, because it had full featured tablet interface and access to all Android apps.

Because of the great success Nexus 7 had and still has, many competitors saw the new “sweet spot” of screen format, the 7″ screen. Because of that, even mighty Apple stepped on late Jobs rules and launched a smaller 7.9″ screen tablet, called iPad Mini. Until this, the 9.7″ screen format was seen as the best way to browse the web or read books; mainly the competitors opted for 16:9 or 16:10 format, avoiding any legal suites. The 9.7″ is still, in expert opinion, the best way to read content, but some prefer a smaller screen device, for added portability and lighter products. Even Google, had a larger screen Nexus tablet and still has an another one in the makes, but Nexus 7 is seen by more and more people, a better tradeoff between portability and size.

As stated in many previous articles, even Microsoft entered in the war of tablet PC’s, because they thought that the success of Windows could be ported to smaller devices that fit in pockets or are smaller than laptops anyway. They are at second generation of Surface, with Pro version being more wanted, because it’s not crippled like RT version, being capable of running desktop apps and having stylus input, Surface 2 Pro could be desired by artists or designers.

Now we see that the market is flooded with this type of products and I have mentioned only a small number of brands. I haven’t mentioned the local brands that many countries have, because they are re-branded Chinese OEM tablets. Still, there are a few that are worth mentioning. For example, all laptop manufacturers have a line of tablets, so besides them, the smaller companies could be in their way and capture some attention, because they offer same type of products with less features, but a smaller price. I will mention some international, not local names: Archos, Prestigio, Yarvik, Wayteq, Omega and others.  They are European companies; they also have Chinese re-branded tablets, but are well known and could be found in more than one country, at least in Europe.

So, in the battle of tablets, who wins? Nobody. Because manufacturers struggle launching a better product more often, not individually, but almost every month you can see that another product is launched by one or even more companies. Now, we buyers should win, because in their battle, the prices should fall, right? Wrong, look at Microsoft or Apple, even Samsung has high prices on their tablets. But the market is huge, so choosing a tablet PC could be very easy, or very hard, based on someone’s needs. And based on what the company has to offer, this could be a serious issue. Fortunately, people are different, so this time, everybody gets a piece of the pie, in the end, buyers are the ones that invest and hope that the investment is satisfactory.