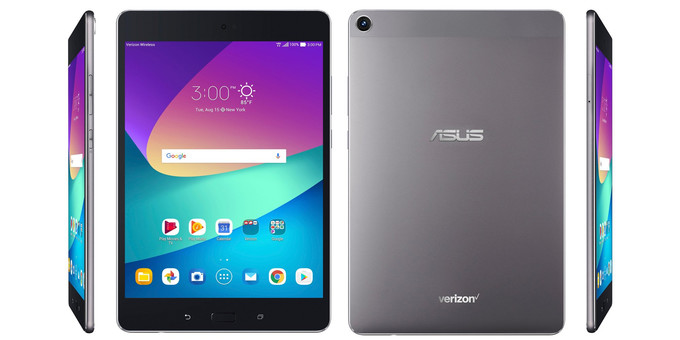 There’s a new sexy looking ASUS tablet in town, freshly leaked by Evan Blass in the render below. The device is named ASUS ZenPad Z8 2017 and it’s headed to Verizon, as have quite a few ASUS slates before it. Let’s see what we know so far.

We seem to be dealing with a pretty wide machine, with a premium design and maybe even drawing some inspiration from the ZenPhone series. We can’t even guarantee that the name will be kept. This is actually a familiar face, since the ZenPad Z8 was introduced at Computex last month (as ZenPad 3S 8.0), but there are chances Verizon may get a version with slightly modified specs.

The device announced last month had a quad core Qualcomm Snapdragon 652 CPU, 3 or 4 GB of RAM and 32 or 64 GB of storage. It’s got an 8 inch 2048 x 1536 pixel display and Android 7.1 Nougat as the OS. Verizon may not have the exclusive here and we may see other carriers or retailers selling the product. Nothing has been confirmed yet of course.