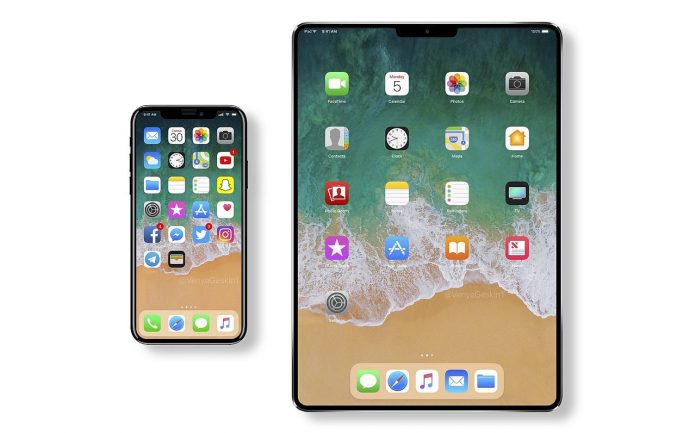 We’ve just heard it through the grapevine, that Apple is working on an iPad with Face ID, that will come in 2018. We’ve previously heard that the future iPhones will all have Face ID and this trend will be directed to the iPads, too. This time sources are solid, as they’re quoted by Bloomberg.

The future iPad will have a screen similarly sized to the 10.5 inch iPad Pro, but also it’ll sport that trademark cutout at the top. It’ll also get rid of the Home button with Touch ID, in favour of the Face ID system. The new device will also get thinner bezels and probably an OLED display. Bloomberg does say that the screen won’t be an OLED one, but we’re not totally sure about that.

I think that some bezels will still be kept on the 2018 iPad, because you actually need something to grab hold on to. We may see Face ID placed inside a slim bezel, instead of cutting into the screen this time. However, the notch design is already a trademark, so we may see it happen on tablets too. The new iPad may start selling as soon as next spring, or maybe the summer at the latest.

The problem is that the yield of the Face ID mechanisms is very low and that doesn’t sound good for the future iPads’ production.