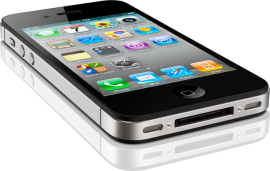 Not so long ago we’ve seen the debut of another duel involving Apple and its team of lawyers. This time they’re taking on HTC on the usual account of violating patents. While the battle with Samsung seems to be left aside for a while, HTC already recorded a loss, as the US International Trade Commission ruled that the Taiwanese company has violated two of Apple’s patents.

These are two of the 10 patents Apple mentioned in its complaint back in March 2010. ITC will need to make a final ruling on the complaint and the worst thing that could happen is a ban on HTC’s products from reaching the States. All Apple needs is one favorable decision on a single patent to make this happen…

Meanwhile, HTC is ready to make an appeal and this could drag on forever, like the case with Nokia and Apple and their dispute. In case the appeal fails, HTC has to settle with Apple and could give the Cupertino giant ground to bring to court other Android-supporting brands. The two patents won by the Cupertino giant refer to a “system and method for performing an action on a structure in a computer” and a “real-time signal processing system for serially transmitted data.”

HTC is seen as one of the most vulnerable Android device makers, since it lacks a big portofolio of patents and it’s easy to attack in court.