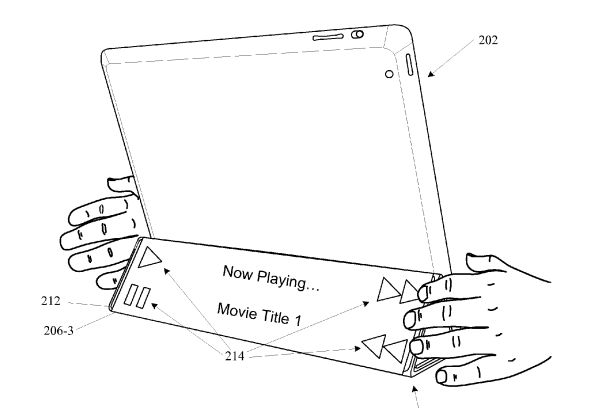 Apple got some very interesting patents this week, having to do with iPad accessories, apparently. There’s also a Smart Cover lineup of products for Apple’s slates, but it seems more complex models are coming.

Apple seems to have been working on a multi function screen cover, according to a patent that has just been approved. This tech involves a Smart Cover with an integrated flexible display, a keyboard, solar panels and more. It even supports pen input and may come with solar panels. It’s been a while since iPad accessories got a major overhaul, so this was overdue. 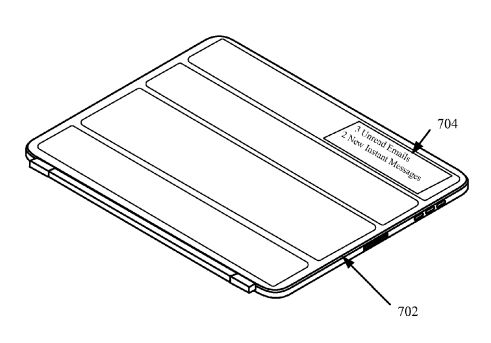 The documents mention a flexible cover that connects to the tablet just like a regular Smart cover. You can also use the cover to prop up the tablet in laptop mode and touch the back of the stand bit, in order to play media, pause it, move forward or back. The cover has built in solar panels, that keep the device charged outdoors and the screen we keep mentioning as embedded is built into the case, so you can view content like reminders or shopping lists on it.

As usual, a patent doesn’t mean we’ll get to see this in final product form soon. 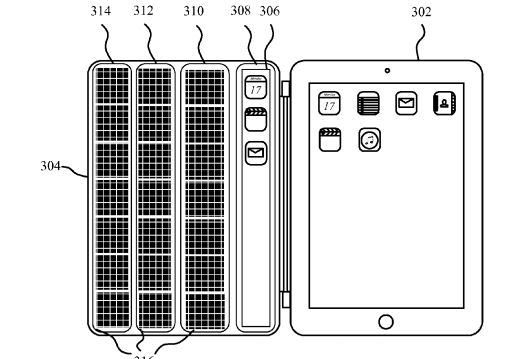