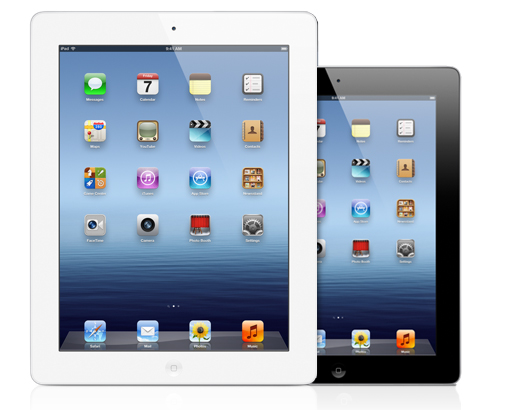 Apple just performed its conference call for quarterly results hours ago and Strategy Analytics published the numbers related to global tablet sales this quarter. Apple and the iPad remain at the top of the game with 57% of all shipments, but the Cupertino giant also missed sales expectations on the iPad, also losing market share.

Android reached a very high 41% of shipments on overall slates of under 25 million units. The entire shipments area grew 43% during the same time frame, but they year before they truly exploded with a growth of 289%. The Nexus 7 and Amazon’s Android tablets generated solid growth, but overall the tablet segment didn’t explode and consumers were more cautious. Demand for tablets slowed down because of the current economy and uncertainty. Consumers were also holding off for an iPad Mini or the Q4 holiday price reductions.

Strategy Analytics dubs Apple’s 14 million iPad shipment for the quarter as a disappointment, a drop by 7% compared to the same quarter in 2011. While iOS is going down on this turf, Android is going up, with the advantage of more models on its side. 10.2 million Android slates shipped over the past 3 months, double the number of 2011’s Q3. We could see a different battle in Q4, with Apple going out with the iPad 4 and Mini now to compete the Amazon slates and Nexus 7, that’s rumored to get a 32 GB and 3G version soon.

Will they succeed in upping their game? 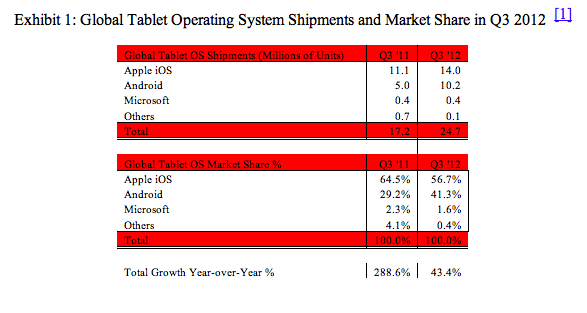