The mobile OS’s have greatly evolved over the last two years, reaching levels that were not even thought of a while back. So far that some users have actually abandoned their Windows PC in favor of an Android tablet and/or smartphone that gets the job done very efficiently.

With Google investing so much into the Android OS it is o wonder that it has reached a peak level in stability and usability, offering features that so far only a Windows based machine could provide. Practically there is nothing that you can think of and not do with your Android device. It’s practically Linux in a much more user-friendly form and designed to run RISC architecture apps on a mobile device. With the number of tools and games increasing to over 500.000 available, there is practically nothing you can’t find. Let’s keep in mind that a lot of tools are provided outside the Store by the community, and the number of Android adopters is increasing with each passing day. 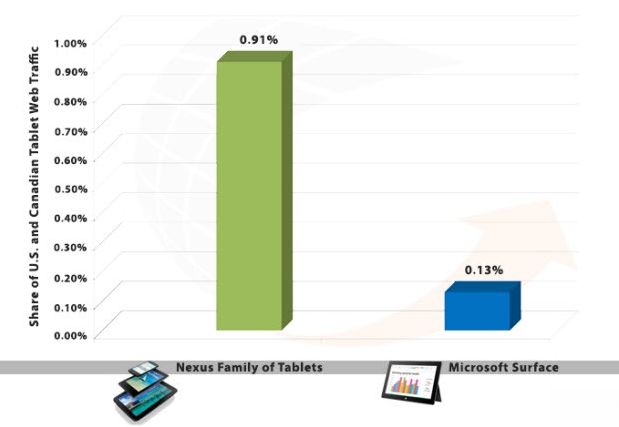 Microsoft has realized the threat that Android poses and has decided to take action against it. Their actions come a bit to late, as at the moment Windows 8 was finally launched, Android was already thriving on the market. The logical step for Microsoft was to release a mobile touch-oriented OS along with the tablets to go with it. These were “thrown out” into a world dominated by Android and iOS tablets, looking like they wouldn’t stand a chance. While Windows 8 may have had its share of costumers, for the Microsoft Surface the numbers wouldn’t go nearly as high as the manufacturer hoped. Thus another victory for Android and the expanding number of devices adopting it.

The future is still unsure, at least until a decisive movement is made by one OS developer to try and cover the market. What is certain at this point is that Android is expanding into Windows ground and will continue to do so for the upcoming future.