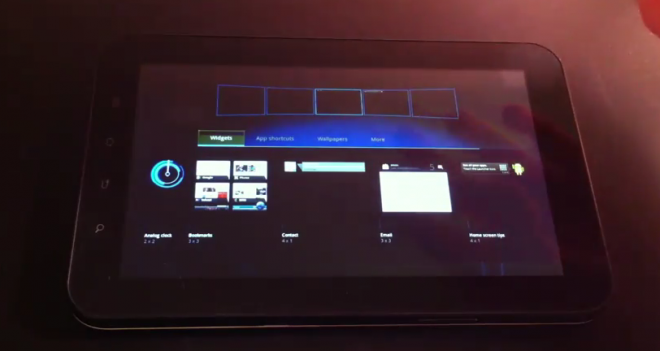 Although Samsung Galaxy Tab probably won’t receive the Android 3.0 update when it’s available, there’s always porting to do. This recently happened to the tablet, as shown in the following image. You can consider this achievement a follow-up to the porting of the SDK-based Honeycomb ROM to the NOOKcolor.

The software running on the first Galaxy Tab is not that stable, but at least it gives the millions of users of this device a taste of Honeycomb, provided that they want to risk installing an unofficial ROM. Such ports will remain unofficial, till Google decides to release the source code for Android 3.0 and then we’ll see emulations on tons of devices, phones included.

Spacemoose1 is the developer to thank here, since he ported Honeycomb on the CDMA Galaxy Tab. With Google getting stricter with its OS, will the future Android hackers and modders have trouble with such emulations?