Amazon has done some nifty feature bumping for its Fire tablets this week, by introducing a feature on the devices, which turns a Fire tablet into an Echo device. The Bezos-ran giant recently showcased Alexa on Fire tablets, with a special “Show Mode” and a new charging dock.

Amazon wants to push Alexa further and put it at the forefront of the slate experience. This new Show Mode feature has appeared on the Fire HD 8 and Fire HD 10 tablets. It’s supposed to offer an immersive hands free Alexa experience. Show Mode makes the Fire tablet into a full screen mode, which lets Alexa serve up visual responses, aside from the audio based answers.

Thus, Alexa can be asked for news, weather, calendar events and more. Alexa is already four year old, being available on Amazon Echo speakers in 2014. The company launched some Echo branded speakers over the past years and they became so popular that they even made it to the “Mr. Robot” TV show as some sort of character, if we can call it that. It was pretty late to arrive on tablets, hitting Fire devices back in 2016. 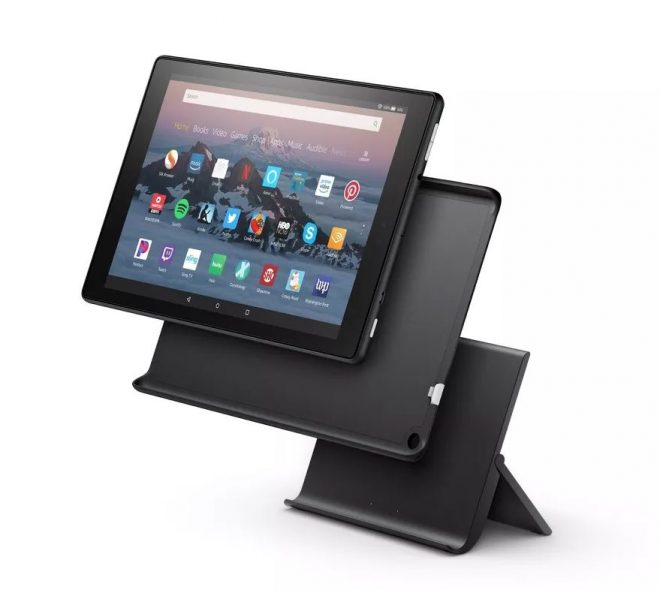 Another late arrival is the fact that the Fire HD 10 inaugurated the hands free experience on a slate last year. The Fire 8 and Fire HD 8 got the similar feature a bunch of months ago, albeit with some limitations. This new update should be available over the air from July 2nd. Basically, all the compatible Amazon tablets instantly become Echo Show devices or alternatives of it.

Amazon also debuted a new accessory, the “Show Mode Charging Dock“, which switches the Fire tablet into a full screen Alexa mode when it’s hooked up. It also provides wireless charging to the Fire Tablet, ditching a few cables. From what I can see the dock is ideal to put the tablet at about a 45 degree angle. The dock costs $40 for the Fire HD 8 tablet and the one for Fire HD 10 is priced at $55.