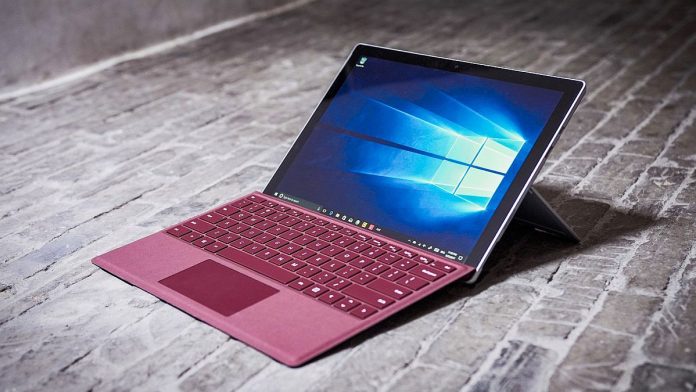 Well, this came out of nowhere. Turns out that Microsoft’s affordable Surface Tablet could come this week. Everybody expected it to arrive in the fall, as the past Surface products have popped up, but not this one. Let’s see what we know.

A fresh batch of info shows that the Microsoft Stores are preparing a display for a “new Surface product” on July 13th, which is this Friday. Microsoft is going to launch two affordable Surface tablets powered by Intel Pentium CPUs and insiders on Reddit already have their specs. I’m talking about a 10 inch screen with a 1800 x 1200 pixel resolution and a metallic body that weighs 562 grams.

It’ll also sport an USB Type-C port and microSD card slot, as well as 4 GB of RAM and 64 GB of storage. There will be multiple versions, including one with 8 GB of RAM and 128 GB of storage, or even 256 GB of storage, plus LTE. It all goes up to a Pentium Gold processor and the device will launch with its very own Type Cover and mouse. The price tag starts t $399 for education consumers and reaches $829 (not counting the accessories).

A new Surface Pro is expected to come in October, but no trace of a new Surface laptop just yet. The tablets have already passed the FCC testing, so they’re cleared for sale. The cheapest model will most likely use an Intel Pentium Silver N5000, a quad core x86 chipset clocked at 1.1 GHz. The pricier model will get the Pentium Gold versions based on Kaby Lake tech and 14 nm process.

The idea is to compete with Chromebooks and the cheaper iPads on their own turf: education area.