It seems that Intel and Nvidia aren’t the omnipresent choices for new tablets any more, as AMD chipsets have also started popping up among the specs. The AMD C-50 chip was recently found on the brand new Acer Iconia Tab A500, in the W500 series version. The A100 relied on a Tegra 2 chipset, but the W500 seems to go with the 1GHz AMD C-50.

You can see the device in action below, as it was caught on camera during MWC 2011. Also on board we find an ATI Radeon HD 6250 graphic chipset and instead of Android 3.0, we’ll have to do with Windows 7 Home Premium. No info on the interface on the tablet, although you shouldn’t expect customizations right now.

The specs remain the same as the ones on the predecessor, with a 10.1 inch capacitive touch display, plus 32GB SSD, 2 USB 2.0 ports, WiFi and Bluetooth 3.0. HDMI and 3G are also on board. The product is available thanks to geizhals.at, allowing you make the purchase in Germany at least.

Here’s the Acer Iconia Tab W500 in action in Barcelona: 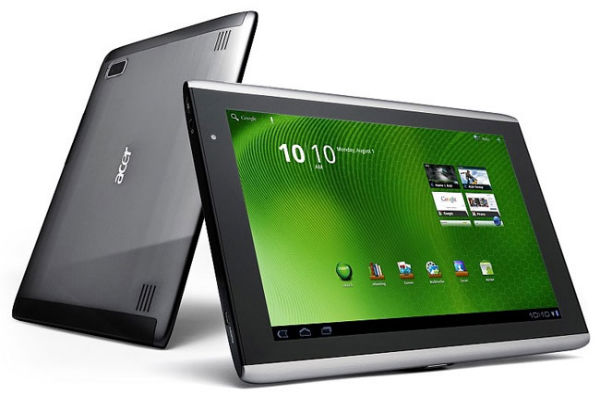