Launched at CES 2011, the Motorola Xoom Honeycomb tablet has been the talk of the town, since it’s seen as the biggest iPad rival at the moment. Well, the product launches today on Verizon, with a $600 price tag (with a 2 year commitment). The device runs Honeycomb, it comes without Flash Player, that will be released in a couple of weeks and its 4G LTE connectivity will be available from Q2 via update. 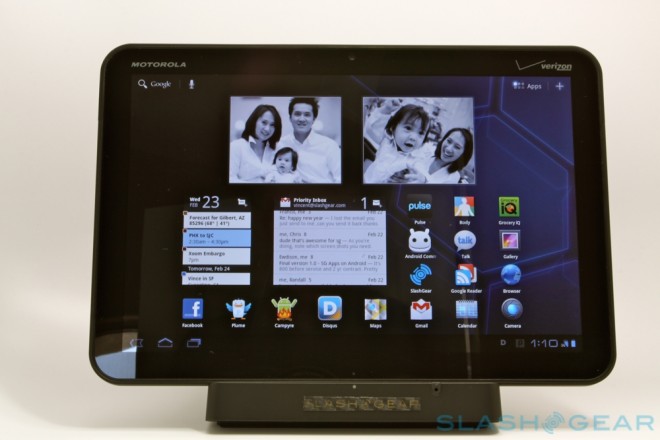 Well, SlashGear reviewed the slate and found it to be pretty good. As you might already know, the tablet comes with a 10.1 inch display (160 dpi, 1280 x 800 WXGA panel/ capacitive touchscreen with multitouch), while the insides include a dual core 1GHz processor, plus 1GB of DDR2 RAM and 32GB of internal memory.

A WiFi-only XOOM will be made available later in the year and back to the review of the famous Verizon product, it comes with a front 2MP camera and tricolor notification LED. At the back, SlashGear found the 5 megapixel camera with autofocus and dual LED flash. Stereo speakers are also available and the reviewers mention that the main camera is good, but not incredible. 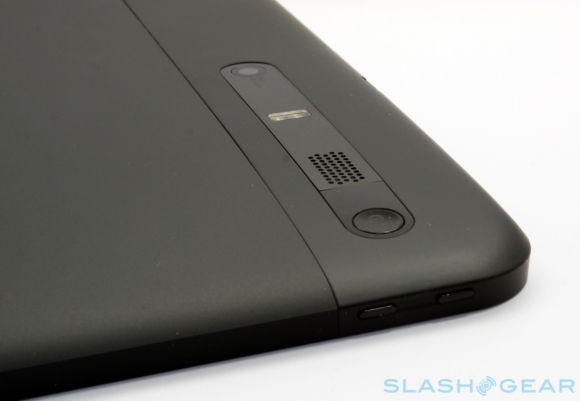 The photo taking experience is comfortable on this tablet, which is a pleasant surprise. Right now, the XOOM does 720p HD videos at 30fps, but an update to 1080p HD was promised. The editors who played with the device were very impressed by its battery life, managing to squeeze 14 hours out of it, with over 8 hours of screen activity, before shutting down.

Benchmark results and full review can be found here.