This year will be under the mark of the 2012 Summer Olympics in London and expect several devices to get branded specifically for this event. Rumors say that even the Samsung Galaxy S III may end up playing a major role in the promotion, but before that happens we have an Olympic tablet right here: the Acer Iconia Tab A510. I’m talking about a special Olympic Edition of the slate, unveiled at CeBIT in Germany.

The device keeps the same specs as the original model, but sports an Olympic gins logo on its back and a silver and black color scheme. Don’t think that the specs are something to ignore here, since they’re pretty good: Nvidia Tegra 3 quad core chipset, 1GB of RAM, a 10 inch display with 1280 x 800 pixel resolution and 16/32GB of storage. Android 4.0 is the OS of choice and the product is meant to hit retail later this month. An Iconia Tab A511 with HSPA+ is also in the works, but its release is a mystery.

Acer claims that the Olympic Edition will come to the UK in time for the games this summer, so they didn’t mention the international market. I also expect a lot of applications, widgets and special services available on this slate especially for the Olympics. 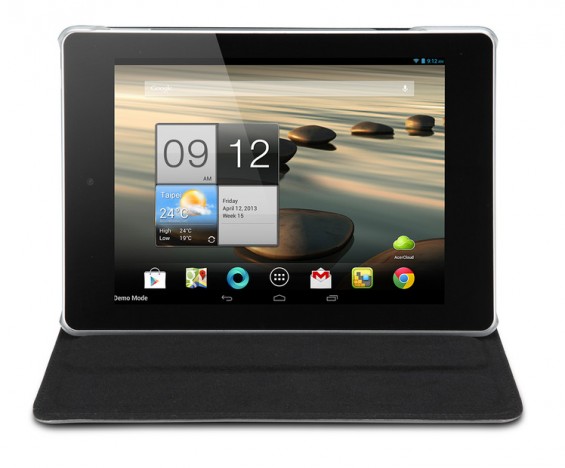 Acer Announce the Iconia A1 and Iconia B1 Tablets Supporting 3G...