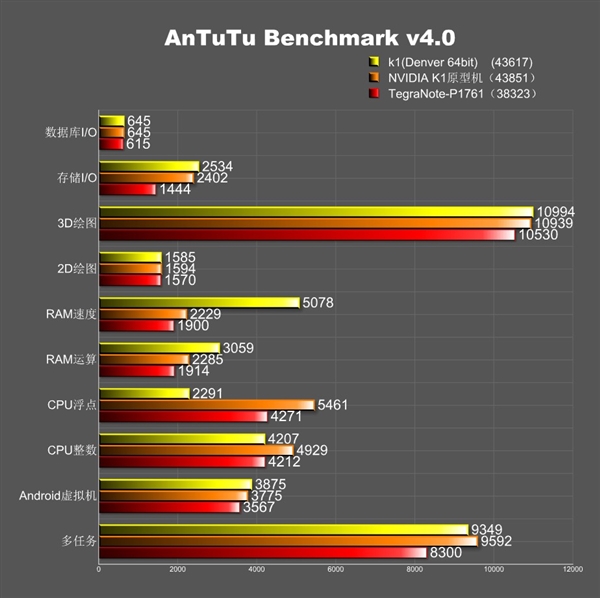 After the iPhone 5S and the debut of the 64 bit CPU, a race started, for the fastest company that will debut another processor with this architecture. Among the contenders we found Intel, Samsung, Qualcomm and also Nvidia, that has a unit ready judging by the freshly leaked benchmark detailed below. 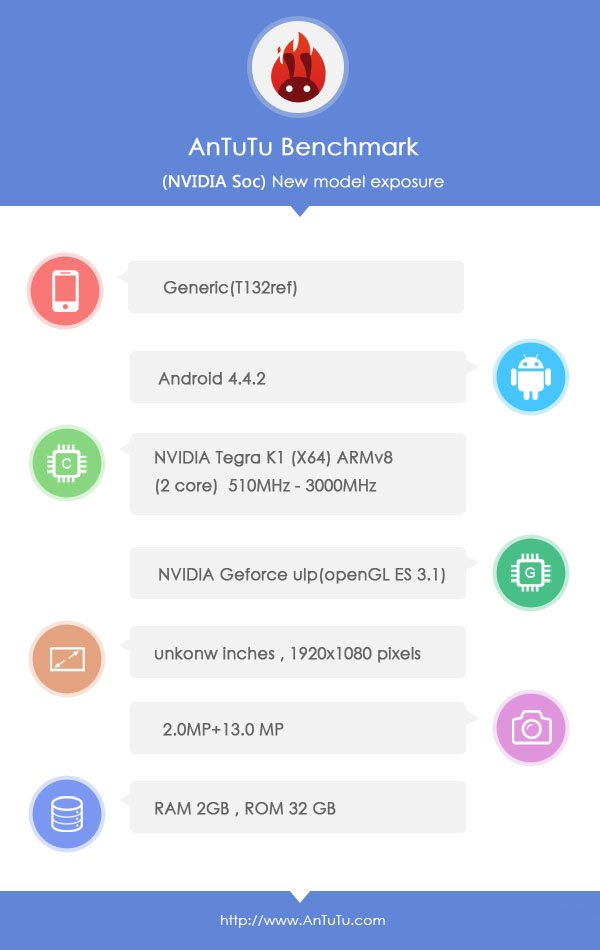 This one is a 64 bit dual core Nvidia Tegra K1 processor clocked at 3 GHz and spotted on a reference design device that was tested in the AnTuTu benchmark. Nvidia has been working on this for quite some time, so we’re not surprised to hear about it. The thing is that it takes a while to optimize Android for 64 bit, so that’s the hold up.

The Tegra K1 64 bit version had to get along with Android 4.4.2 KitKat and result is a reference design with a dual core 64 bit chip, 32 GB of storage, 2 GB of RAM and a 13 megapixel camera. The scores were higher than the ones of the Snapdragon 801 and Snapdragon 805 processors, so performance is real.