The Xiaomi Mi Pad was a pretty good tablet to purchase last year and we’ve been waiting for a follow-up for a long time now. We’ve heard various rumors about the Mi Pad 2 and today we get to see this device, via a couple of hands on shots. 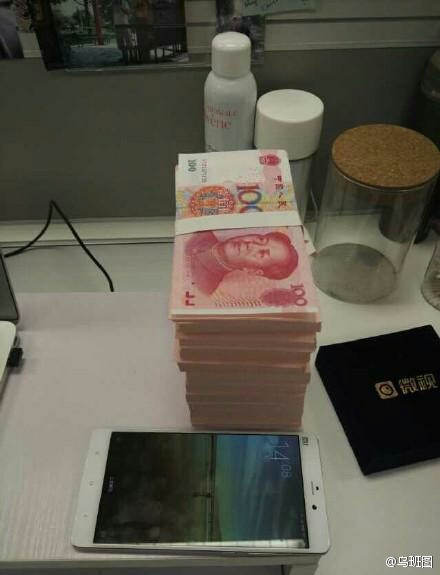 They were posted on Weibo and the slate clearly borrows design traits from the Mi Note and Mi Note Pro. It actually feels like a bigger phablet, more than a 7 inch or 7.9 inch tablet, to be honest. Rumors say we should expect a glass back and a curved front panel, like on the Mi Note, although these images make the device look like it’s made of metal.

We also noticed an earpiece and a series of sensors at the top front, which means the slate may also be used as a phone. The Xiaomi Mi Pad was a WiFi only unit, so the newcomer may bring LTE and 3G as extra, as well as phone calling. I can’t quite understand why there are capacitive buttons on board, a feature not present on tablets usually.

Anyway, the leak claims we’ll get Android 5.0 here with MIUI 6 on top, but sadly we don’t have any hardware specs just yet.