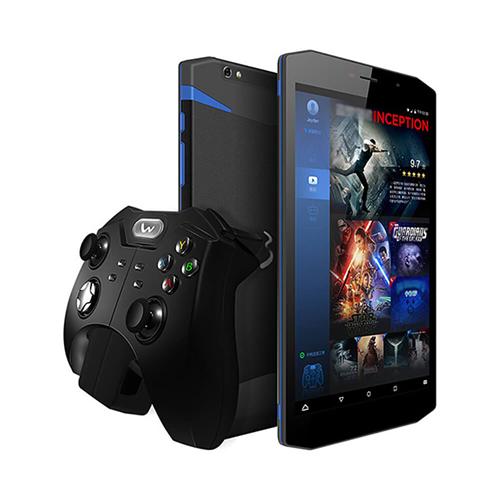 Just the other day I came across a very interesting slate, an 8 incher that’s focused on gaming and may well serve as a Nintendo Switch alternative till the real thing comes to life in March. It’s dubbed WinkPax G1 and it’s a “3 in 1 phablet”, as they call it, available at GeekBuying for $208.

This Android 5.1 machine is bundled with an adaptable controller, that splits into two sections, attachable to each of the sides of the device. There’s also a video review of the device below, done by the retailer. At first sight it seems more tempting than the Acer Predator slates for gaming and comes with HDMI output, plus even 4G makes the cut, which is very important to have on the go.

Of course there’s WiFi on board, GPS too and a 5300 mAh battery, supposed to offer 500 hours of standby. Hardware specs include 2 GB of RAM, 32 GB of storage, plus a microSD card slot. One of the key points here is the 8 inch Full HD screen and the CPU is a MediaTek MT7873 octa core unit, with Mali T720MP3 GPU, good for most games in the Play Store.

The handheld controller can be used as is, connected via Bluetooth or split into two and attached to the tablet. If I didn’t know any better, I’d say Nintendo was inspired by this idea, but I’ve also seen on Razer slates and more gear. You can get the device here.