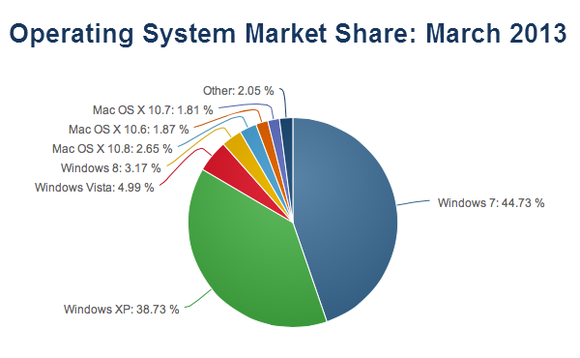 Microsoft is no strange to controversies when taking decisions or launching new products, as stated in an older article, this company has tried the mobile business several times, with splendid products, that were badly positioned or badly designed and turned out to be a fiasco after another. Also, the biggest software company, with almost 92% of operating systems market (in year 2013), Microsoft dominated over the years by giving its software to large enterprises and also to end users or small business companies, Windows is present on 90% of today’s hardware. Sure, there are alternatives, but they bring problems, incompatibilities and other headaches for IT Managers, because they are the tech guys to put all things working together.

Last year, Microsoft launched a new type of operating system. It was called Windows 8 and it was supposed to unify the concept of tablet users and older, desktop/laptop users, by combining touchscreen support with classical keyboard and mouse, into a new interface, called Metro UI.  At first it was called Metro, and then Microsoft renamed it to Modern UI after a few months. This interface supposed to improve the user experience, bringing touchscreen support, only to fail gracefully after first reviews and feedback.

The problem was the input; Modern UI was very good with fingers, but only on tablets with touchscreen support. Installing Windows 8 on a classic laptop or desktop, you could have notice that is very difficult to navigate with mouse and a keyboard, as Modern UI is not quite designed to be used with those two devices. First of all, Modern UI has a Charms bar that can be dragged with a finger, but with a mouse, it was a pain trying to bring it with a mouse or keyboard. The Start Menu is very pleasant to be used with fingers, yet difficult without them, or with a mouse. Sure, there are keyboard shortcuts and many laptop touch pads have multi touch support, still, it’s easier to use the new interface with fingers only. Also, Windows 8 hasn’t dropped the older, classical interface we all know and loved in Windows XP, Vista or 7 for example: the classical desktop, now simply called Desktop Mode. From Windows 95 until Windows 7, the operating system loaded drivers and apps, to a screen with all icons and menus, we called desktop screen. The desktop is also used in Windows 8, this created problem among tablet users, because it’s not touch friendly, all windows and links are very hard to press with fingers, especially if screen is at high resolution, buttons and characters, links are so small, even with stylus is almost impossible to press without pressing other places as well. Only a small amount of tablets that are fitted with active screens and with precise, pressure stylus can use any type of link or button, because of the technology that allows air hover.

But these are only a few models from a big market full of many brands and models. Imagine a small 8″ tablet, like Acer Iconia W4, a very interesting and recently launched product, which is preinstalled with Windows 8.1, also recently launched and available for free upgrade, if you own a Windows 8 license; now try to use it in Desktop Mode. I had a hands-on with the product at a local Intel Haswell Launch, the product is good and has a powerful quad-core Intel Atom Bay Trail CPU, only to be drawn down by an Operating System that is not finger friendly, because at a such small screen, I found out that the “X” from any window was so small, I could barely press it to close it. Sure, the Modern UI is finger friendly enough, but many operations, like copying content from and to SD card or watching a local online movie service, required Desktop Mode and Internet Explorer Desktop, because of many sites still use flash embedded videos. You don’t have a keyboard, only a virtual one, that is broken, because it rises automatically only in Metro apps, this is also a “feature” many experts wondered why it doesn’t function properly. Ok, as a technical person, I know that Desktop Mode is supposed to work better with a real keyboard and if you have it attached, you will be distracted by every time the virtual one rises, this happens in Word 2013 for example, if you put your finger on the screen, it raises the virtual keyboard too (also called OSK – On Screen Keyboard).

One of other things that Windows 8 lacked, was a Start Button, now reintroduced in 8.1, many users missed it, including myself. On a tablet, it’s useless, but really, tablets are still fad and fewer devices than classical desktops or laptops. The Start Button was a good feature that was removed from Windows 8; Microsoft had designed it with tablets in mind rather than desktops, because their engineers and some “experts” still believe that we live in a “post PC” era, which is not true. I guess they haven’t thought of large enterprises, with fleets of thousands or tens of thousands of PC, they simply can’t throw all at the dumpsters and begin to use tablets, the costs are astronomical. Not to mention that many use the good old Windows XP, an operating system that still does the job right, even if it’s outdated. Windows XP is still leading, after Windows 7, as of September 2013 with more than 38% of OS market.

Windows 8.1 is supposed to fix some errors made by Microsoft with last year version; it brings back the Start Button in a way, sort of, because it’s only a link, not the classical menu. There are alternatives, free and many desktop users are installing them, it can make your shiny new OS, which looks nice, but is useless for desktop, into a friendlier interface, since Desktop Mode is used 90% of the time. Unfortunately, for tablets users, there is nothing that can be done, you are stuck with an operating system that is still half baked and hard to use with fingers, have a very little number of apps, but is more secure and with a browser that can render the most webpages out there. The changes are here: http://windows.microsoft.com/en-us/windows-8/meet, but don’t forget that if you have Windows 8 on a tablet and want the upgrade, expect and prepare for some hours to install, this baby needs some space and computing power to install.

We all know that Windows is a sucker for storage, be assured that you have enough space to upgrade and have your tablet plugged in. I have an Asus Vivo Tab Smart ready to upgrade and a TX300 Transformer Book, I’ll try to find out on the hard way if I was or not right when I said that Microsoft has still lessons to learn, unfortunately not without money loss, as we all know that they have good products, that still need polish and are drawn by a half-baked operating system, we love and hate at the same time. 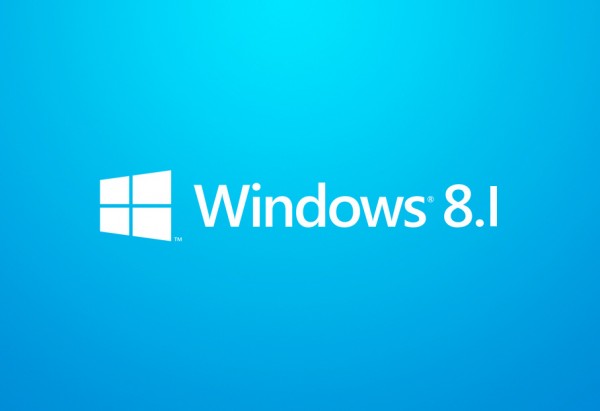