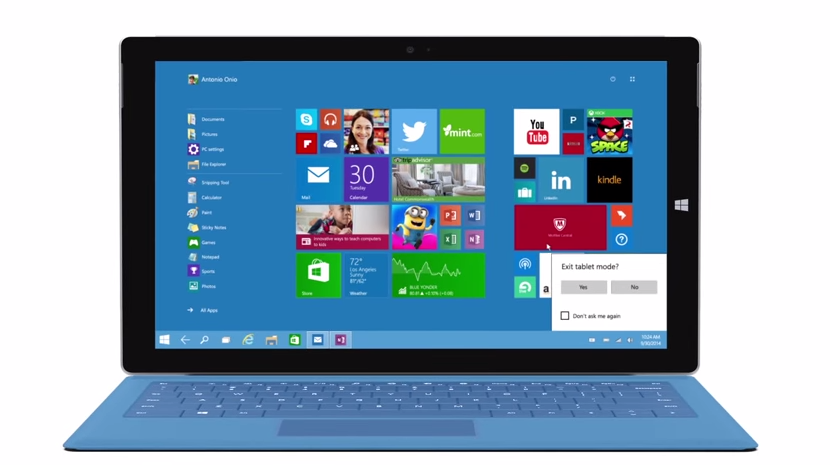 Microsoft is ready to give the public a taste of Windows 10 Technical Preview, with the feature Continuum ready for prime time in a few months. Continuum is a desktop to tablet UI switching feature, that’s shown in the video below. 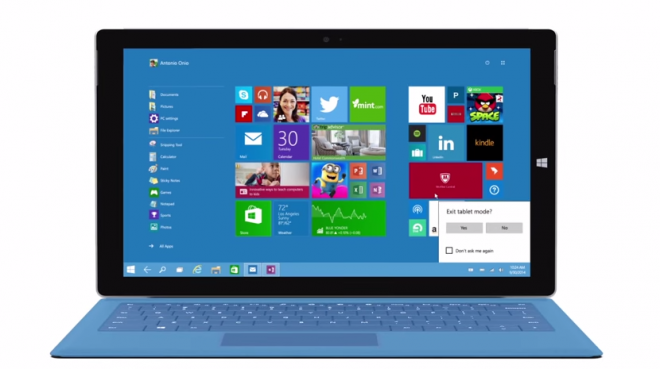 The switching feature will be offered in late 2014 or early 2015, according to a statement made by Joe Belfiore this week, to analysts at the TechEd Europe event this week. This is basically a system made for 2 in 1 devices like the Surface Pro 3 or the Lenovo Yoga 3 Pro. This helps users to switch quickly from the desktop UI when using a physical keyboard to the touchscreen-based Moden UI, when the keyboard is detached or you flip it around the display.

Belfiore also showcased some new trackpad features in Windows 10 during the Keynote, also available to testers in the next build of the preview. The video shows a pretty intuitive way of changing interaction methods, feeling very seamless. The Microsoft official demoed special quick gestures on the Surface Pro tablet, like a three finger swipe down to minimize all active windows, while the swipe up reveals an open program viewer, much like the Mission Control in OS X.