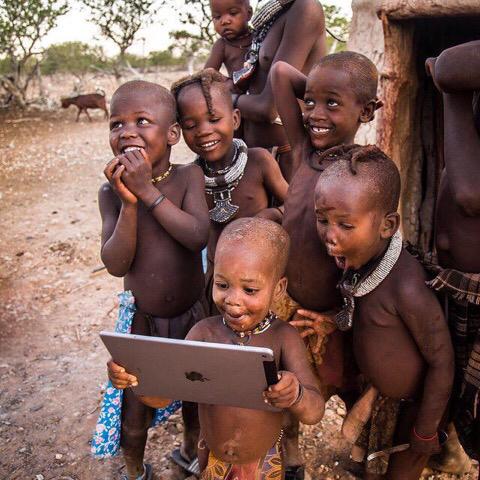 We take our gadgets for granted, that’s for sure, but what about those who are not so lucky? Take a look at this kids, supposedly from Namibia, who have seen an iPad for the first time ever. “Excitement” doesn’t do justice to what they feel.

It’s true that this feeling is relatively close to what most of us felt when they first aw the iPad. I can’t help but wonder what iPad model is that, since it seems so big in the child’s hands. I have a feeling it may be the iPad Air, since it’s one of the non squared iPads and also one of the two with edges that aren’t sloped. I may also be an imitation.

Whatever it is, it’s the cellular version and I’m dying to know what’s the little one grinning about. Angry Birds? Educational apps? Or simply the iOS UI? I don’t know what level of culture or education these little guys will reach, but even if they never get past second grade or even if they win the Nobel, they’ll remember this day forever.

5 Tablets We Recommend for Black Friday 2012