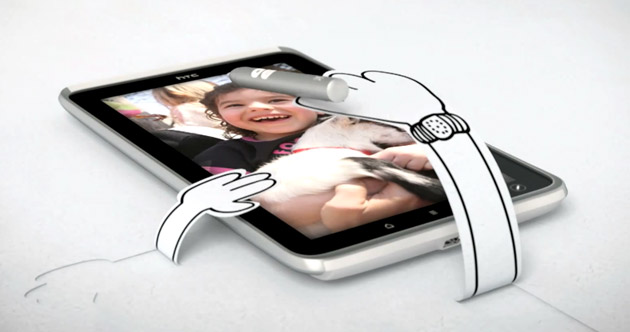 The usual source close to the matter, this time Jonathan Geller of BGR says that he has some exclusive insider info concerning the upcoming products on Verizon. The carrier will not only give us the Samsung Galaxy S III, but also a mystery HTC “Note”, a 5 inch device belonging to the phablet segment.

The Samsung Galaxy S III has been talked about a lot lately and as far as I know it comes with a 4.8 inch display, quad core Exynos CPU and 8 megapixel camera. But that’s not what interests us, since the HTC Note sounds like a more original piece of gear. HTC is supposed to be working on an answer to the Galaxy Note made by Samsung. Rumors say that we should expect a phablet with a 5 inch 1080p screen, quad core Snapdragon S4 processor with Adreno 320 GPU and involving the HTC Scribe technology somehow.

We saw that tech on the HTC Flyer tablet, that only months ago became a viable slate alternative, since its price dropped and the Android version was updated. Hopefully, the HTC Note will have a metallic case, not one made of plastic that creaks, like the Flyer had (in the upper and lower side). Are you ready for a HTC 5 incher?