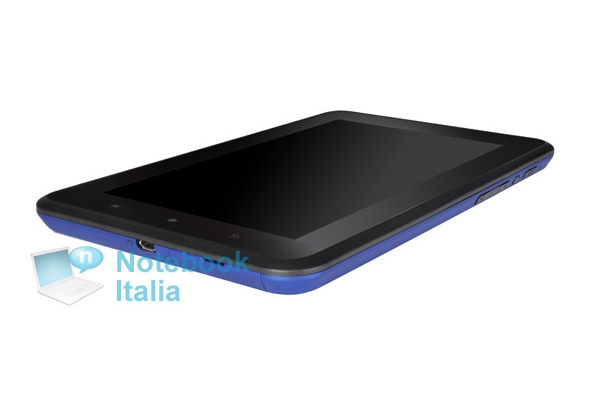 Recent rumors have been pointing towards Toshiba preparing not only the thinnest tablet in the world for CES 2012, but also a cheapo slate. Rumors are saying that the company that gave us the Thrive has some more plans for the near future, including some ultrabooks.

Notebook Italia is the one with the leak about the cheap tablet and they even have pics to match the info. This budget slate will pack a 7 inch display with a resolution of 1024 x 600 pixels, a Qualcomm Snapdragon processor, a basic camera at the back, a microUSB port, a microSD card slot, Bluetooth and WiFi. The device will run Android, most likely Honeycomb and it will probably sport a Tegra 2 processor. I;m expecting here a price tag of $200 and so are other experts.

This is meant as a rival for the Amazon Kindle Fire that took the world of tablets by storm when it started selling for $199 and even lower during the holidays. Let’s see if this unit sees the light of day or if it remains a mere rumor… More at CES 2012!