Although CES is coming in just two days, there’s no reason why you should miss bargains for tablets announced last year. One of these devices is the Acer A200, that now goes for 299 quid, as shown below. Apparently the people at Very are having a sale, a special one for Acer models, as proved by the last screenshot at the end of the article.

There’s another tablet available on the same retailer, but not included in the special sale. This is the Acer A200, announced last month and now available for 299 pounds, with a February 20th delivery date. Keep in mind that we’re expecting here a slate that should have Android 4.0 Ice Cream Sandwich out of the box, if our information is correct. In case you wonder about specs, you get here a dual core Nvidia Tegra 2 processor (1GHz), an 8 megapixel camera at the back and 2MP shooter upfront, plus a 10.1 inch WXGA 1280 x 800 pixel capacitive touchscreen.

WiFi, Bluetooth and GPS are the usual suspects among the specs, together with DLNA, microSD and a 3.5mm audio jack. In case 300 quid is too much for you, there’s always a program with 3 month financing thing, courtesy of the same retailer, with a 99.67 pay a month and no interest. 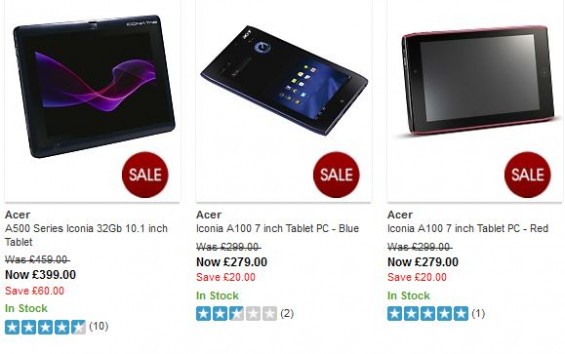 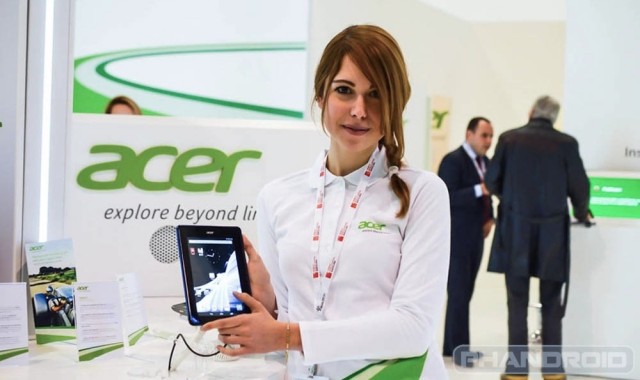