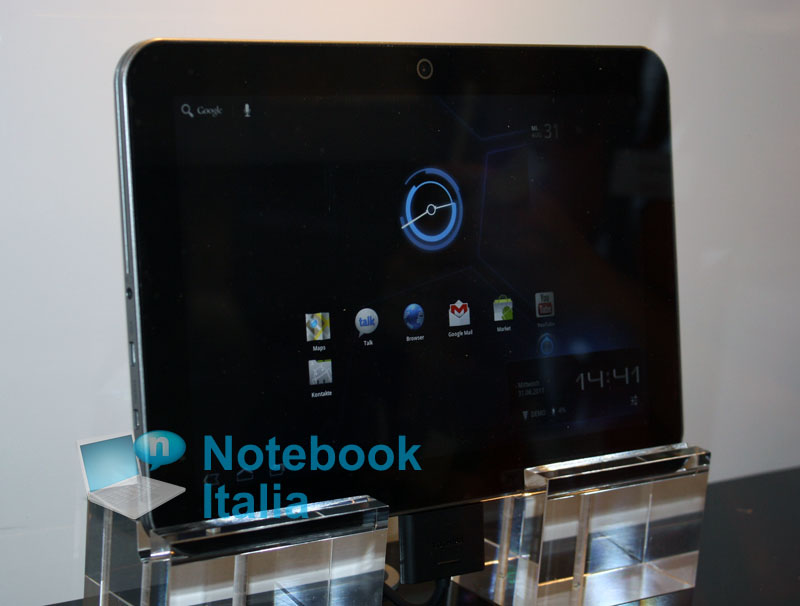 Remember the whole story about Toshiba coming up with a new tablet and then the name “Excite” was trademarked? Well, the Thrive follow-up with Honeycomb was just spotted at IFA 2011, sporting the chromed edges we’ve heard about and an ultra slim design. Showcased at the Toshiba stand in Berlin, this device will probably get an official launch in the following days. 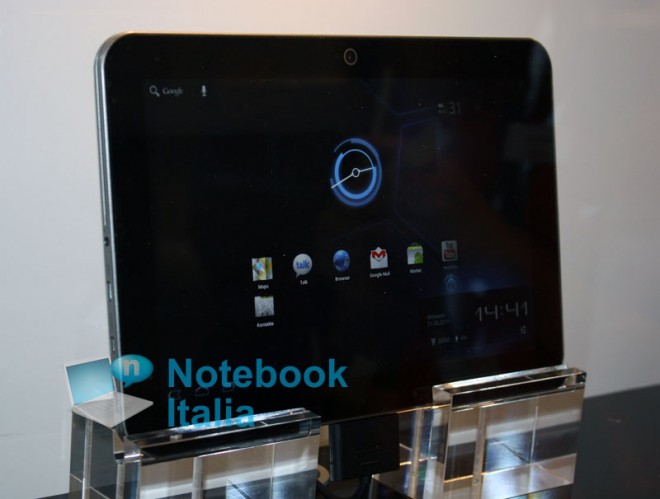 The Excite uses a brushed metal cover and a chrome outline and rumors say it will come with a microSD card slot, microUSB port, a mini HDMI port as well and a front camera, so everything predictable here. As far as internal go, we’ll get a TI OMAP4460 dual core 1.5GHz CPU, making this the most powerful tablet on the market right now.

Expect availability and prices to be detailed once the product hits the stage and it’s seen in the hands of a Toshiba official. I’d also like to know how much RAM and storage space it has and the back camera’s resolution, if possible… but more on that in the following hours! 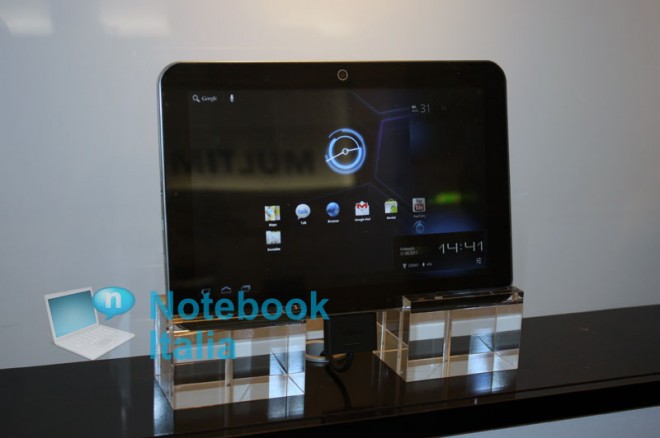