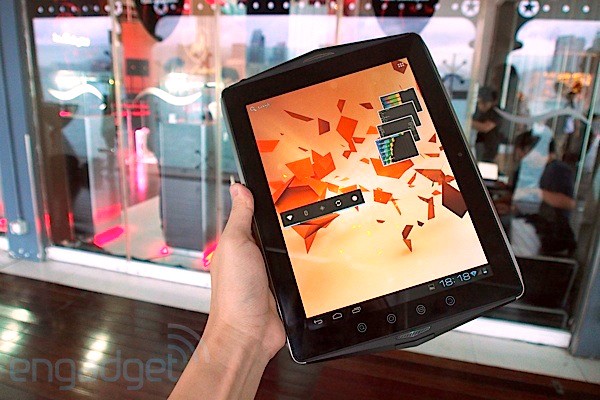 Straight from Hong Kong comes a Lamborghini tablet and phone, that are available in the hands on experience shown in the video below. We’re dealing with the L2800 tablet, that since its announcement last month has been upgraded from Android 2.3 Gingerbread to Android 4.0.3, but the hardware remains the same.

Tonino Lamborghini L2800 is a luxury tablet with a 1.2 GHz dual core Qualcomm chip, a 9.7 inch 1024 x 768 pixel display, 512MB of RAM and 4 GB of storage. There’s also a microSD card slot and 3G connectivity on the specs list. The camera area involves a 5 megapixel shooter at the back and a 2 MP one at the front. 4 capacitive buttons are also here, as shown in the image above and I have to say that they look quite strange. The tablet incorporates a 7500 mAh battery and a proprietary dock connector. 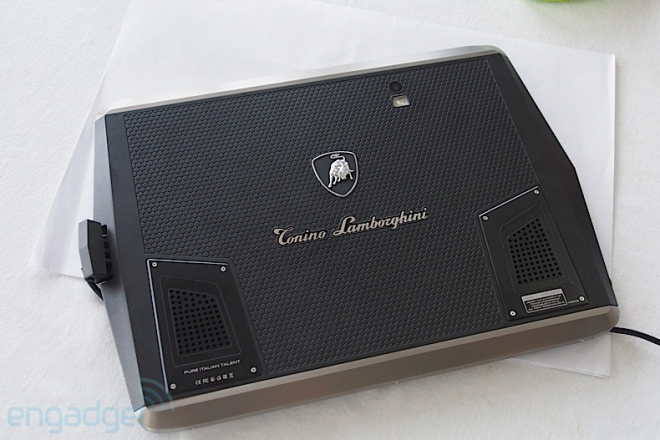 This device is protected by a titanium chassis and it weighs 850 grams. The price is obviously huge, at $1780, which is actually cheaper than the price in Russia, where it’s $500 pricier. In case you’re wondering, there’s also a Lamborghini TL700 smartphone in the mix, with Gingerbread and a 3.7 inch display. This one costs $2810. Meanwhile, enjoy the hands on video below: