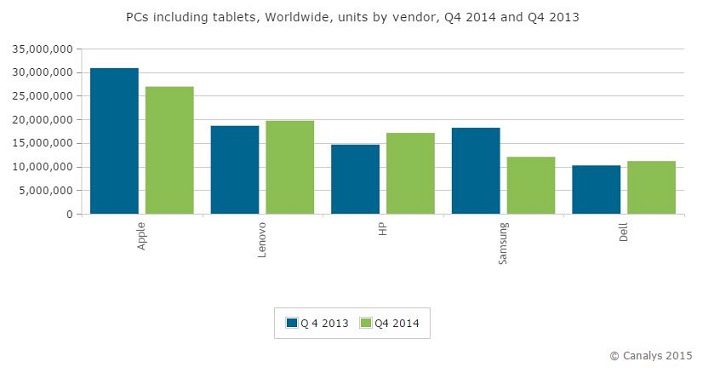 Shortly after IDC unveiled their market research data regarding the total number of tablets shipped last year, now is time for another research company to announce its results, more precisely Canalys. Thereby, we get to know that the total tablet shipped in the last quarter of 2014 decreased with up to 12% compared to the same time period from 2013. 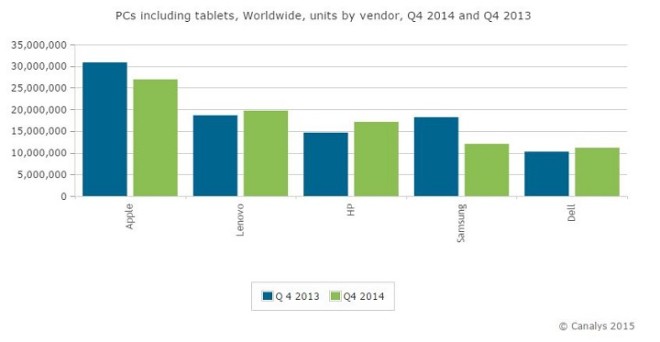 We find that Apple sold with 18% less tablets in the 4th 2014 quarter compared to the same 2013 quarter, while on the 2nd place it was Samsung, company that shipped only 11 million tablets in this quarter, number that represents a 24% from the 2013 4th quarter.

As IDC unveiled, in the last quarter of 2014, the only company that triumphed on the tablet market was Lenovo, producer that sold 3.7 million tablets and getting a 5.5% market share. Also, this Chinese company managed to record a 9% growth compared to the last 2013 quarter.

Getting back to Apple, we get to know that these poor sales were due the fact that the new iPads arrived with minor improvements, things that didn’t made consumers to upgrade their actual devices. Also, the launch of the iPhone 6 plus was a reason why iPad Mini sales went downhill.

In order to get back to the 2013 numbers, Apple plans to introduce on the market a 12.9-inch iPad, device that will be designed mostly for the business environment. If tablet shipments are going to decrease in 2015 too we’ll find out in almost a month, more precisely in March when the first year quarter ends. 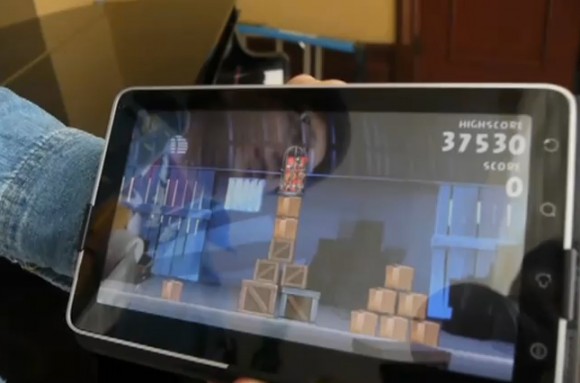 Angry Birds Rio Shown in Action on a Tablet (Video)