After it was launched back in January at the CES show, today the new Asus Transformer Book T300 Chi is available straight from the Microsoft Store with prices starting at $699. Also, we get to know that the 10.1 inch variant called T100 Chi will be later put on sale for a $499 price tag. You must know that prices can fluctuate depending on the extras you want on the tablet. 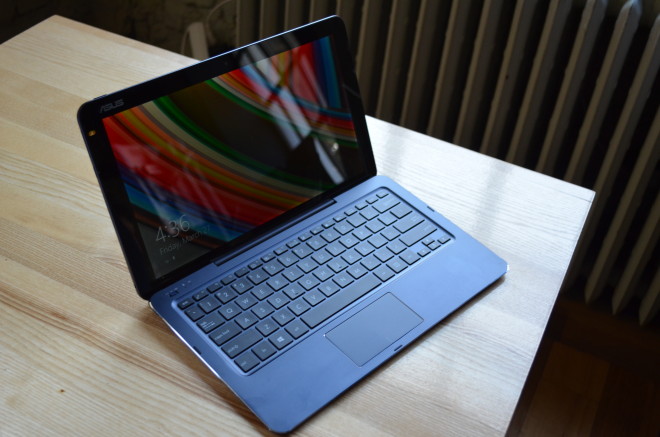 The most interesting fact about the T300 Chi tablet is that we get a 2-in-1 tablet that can be used as well as a tablet, but also as a notebook device thanks to the bluetooth keyboard included in the package. This 12.5 tablet comes with pretty interesting specs, such as an Intel Core M-5Y10C processor, an Intel HD 5300 GPU and 4 GB of RAM.

This variant that packs a FHD panel and 128 GB of storage will cost $699. In the future, Asus plans to bring on the market the QHD version of this device that will also offer a faster Core M-5Y71 processor, all for $799. In terms of connectivity, the T300 Chi hybrid device brings a microHDMI port, a USB 3.0 port, a 3.5 mm audio jack, WiFi, and a microSD card reader. According to the latest reviews, this tablet offers a great performance and build quality, but the battery lifetime and the tiny touchpad are its shortcomings.