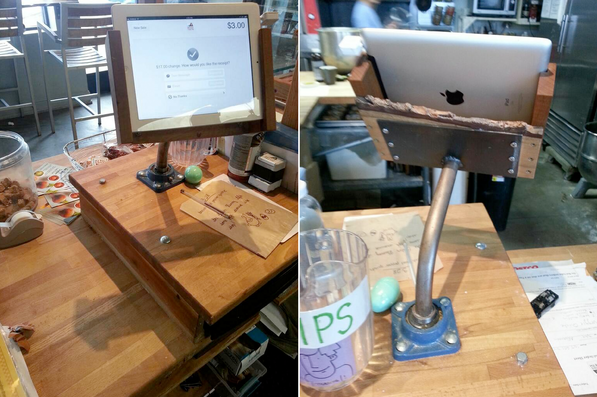 Most stores out there are entering the post PC age as well, by replacing their old cash registers with tablets. Previously PCs were good enough to keep track of revenues, but now stores are saving space and buying a tablet.

One example is Molly Moon’s Homemade Ice Cream, a chain of stores in Seattle gave up the huge Casio registers from back in the day and replaced it with iPads. Said tablets are placed on plywood pedestals, that feature a logo of a dog licking an ice cream cone, which is the store’s logo. Kristina McDonnell,  the Molly Moon director of operations said that the new iPads are a clear improvement as far as aesthetics go.

Cash registers have evolved greatly over the past years, but they’re not as flexible as tablets. An advantage that they have is that waiters can carry one around and customers can complete transactions using the device itself. There are also tablets packing Square card swipe readers, that take care of payments via card. Android also has its POS replacements, but the iOS devices are still more popular for now. Anyway one thing is for sure: cash registers are dead and the iPads are disguised as them to make the transition smoothly.