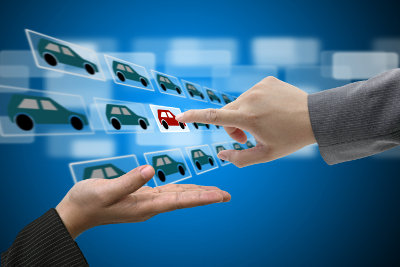 As the tablets become more and more popular and they replace our PCs, various industries and segments have to adapt to satisfy the needs of the slate owners. For example, an auto site has to look good both on the desktop and tablet if it wants to deliver the required experience.

A recent J.D. Power report has shown that tablet ownership has increased 145% among new vehicle shoppers, an increase to 49% from 20% in 2012. Satisfaction among tablet users remains at 815 out of 100, while overall satisfaction among desktop users is about 823. What tablet owners are not happy with is speed and navigation, compared to the desktop.

Of course, you can navigate a bunch of desktop sites on your tablet, but they usually look pretty bad and the lack of optimization may drive customers away. Some sites serve a mobile version in order to guarantee at least a fast loading and compact view of content. Website designs in the automotive industry is heavily influenced by tablets and for example the Mercedes-Benz site is already adapted to the slate use.

Acura and Porsche are seen as the best performing in this area, with Dodge ranked third.