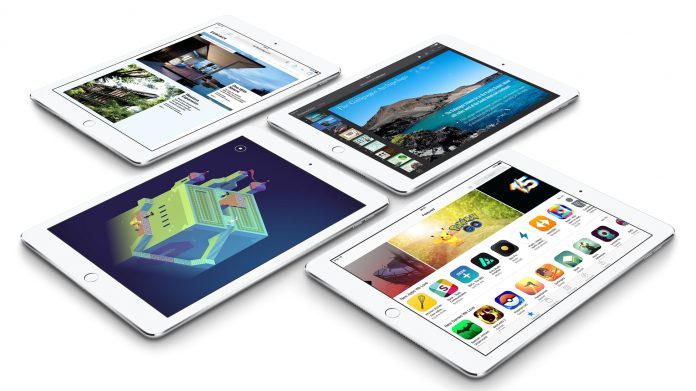 Since October has ended, it also means that some partial quarterly results should be in. IDC has the figures and they’ve published the quarterly report regarding the tablet market. The segment still sounds problematic, continuing to drop, but convertibles are thriving.

Tablets have been dropping ever since 2014, but some niches have given them a slight boost. It seems that low cost slates are still popular and premium models from Apple are doing OK. Many of the low cost tablets are just replacements for consumers, since the idea of a first time buyer has basically gone. People are more prone to replacing tablets, rather than buying one for the first time. 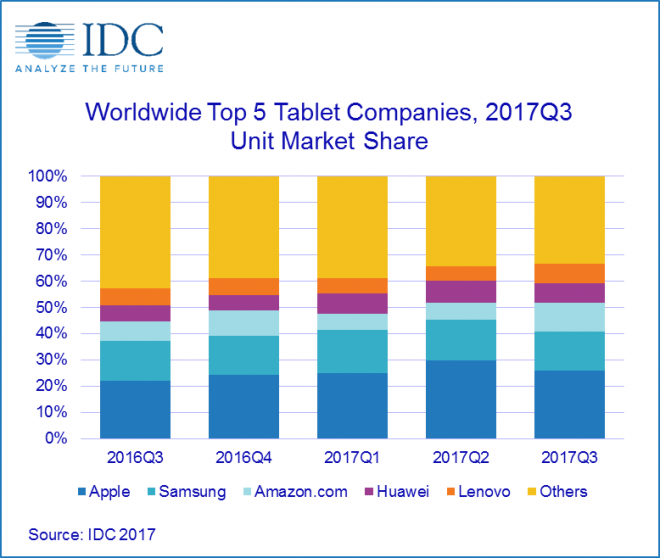 A recent IDC survey found that owners of both convertibles and detachables said that they’re more inclined to recommend a convertible to another shopper, rather than a detachable. The 2017 holiday season will be a major turning point, as the detachables could gain even more ground. If you want to break it down, Apple dominated Q3 2017, with 10.3 million units shipped.

The market share is 25.8% and the number of units has increased by 1 million from 2016 Q3. The second placed is Samsung, with 6 million units and a 15% market share. That’s a 0.5 million unit dropped from last year. Amazon is placed third, with 4.4 million units, up from the 3.1 million last year. Companies like Microsoft are pushing the definition of a convertible and tablet, with products like the Surface Book, which may be considered a tablet, but also a laptop.

Users prefer convertible laptops, but those that are laptops first and then tablets. Back to the IDC figures, Huawei and Lenovo manage to tie for the fourth place, thanks to their focus on low cost devices in the Asia/Pacific region.

Foldable Phones Expected to Reach 30 Million Units by 2023, According...