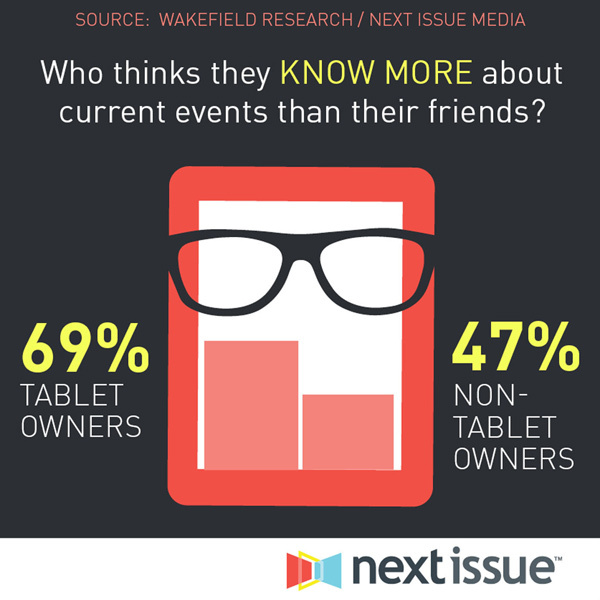 While a study based in Belgium seemed to show that education is rather impaired by tablets rather than aided by it, there’s now a fresh study showing that slates could actually be making us smarter. This research was commissioned by Next Issue Media and conducted by Wakefield Research.

The same research show some weird figures, like the fact that 42% of tablet owners have tried a fad diet because of something they’ve read and 44% wish they had more time to learn about cooking or diets. 44% of women go to magazines for fashion and clothing, while 37% go to their friends. So, it means that tablets make us feel smarter, but they also make us easier to manipulate, if you ask me.