There’s a fresh Sony Xperia Z4 Tablet ad, one that seems focused on just how light this device is. The product is very similar to the Sony Xperia Z2 Tablet and it was announced at MWC 2015, with upgraded specs. 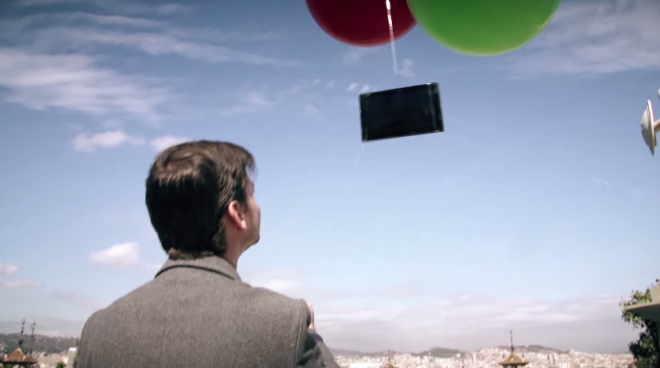 The thing is that the slate is very light and slim, at 6.1 mm in waistline and 392 grams. The ad is based on showing the tablet being lifted in the air by a few Helium balloons. The promo video was filmed around the Fira Montjuic in Barcelona, so it was close to WMC 2015. The newcomer is 50 grams lighter than the Xperia Z2 Tablet and much lighter than the 467 gram 10.5 inch Galaxy Tab S from Samsung.

I guess nobody can see such a low weight as a bad thing, but you wouldn’t want a tablet to feel flimsy, would you? Anyway, the product also has other advantages, like being water and dust resistant and packing the Snapdragon 810 CPU and 3 GB of RAM. It also runs Lollipop and has a solid 8 megapixel camera and surprisingly good 5 MP selfie camera.