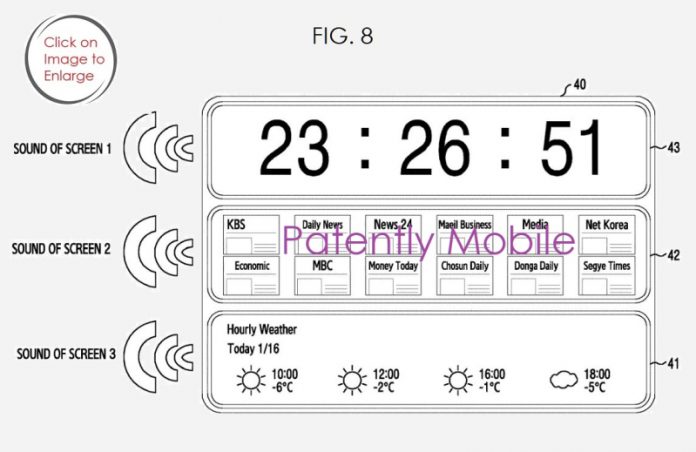 Samsung just unveiled a new tablet, the Galaxy Tab S6, but it’s already dreaming of other next gen devices. They’ve just patented a new tablet cover, that comes with micro speakers and more. The patent comes courtesy of the US Patent and Trademark Office.

It hints at a Galaxy Tab cover with built in micro speakers. The new cover will also have 3 foldable panels, including a potential clear/transparent one, so you can see the screen through the cover. The documents mention a vibration speaker, a piezoelectric speaker and a thin micro speaker. With Samsung already putting four speakers tuned by AKG on its flagship tablets, this sounds a bit like overkill. 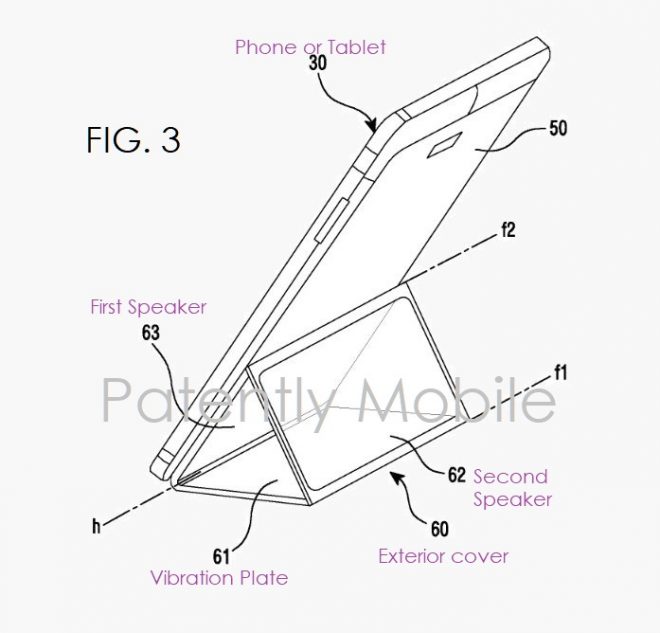 The exterior cover could be made of transparent material, translucent material or an opaque material. Basically, the concept of a transparent cover for phones has been moved to the tablet world. Interestingly, the cover seems to be able to display various pieces of the UI and also deliver a different sounds for each of the mini panels. It’s basically a way to have an accessory that makes a tablet usable by multiple users at the same time.

It also sounds very complicated and expensive, to be honest. 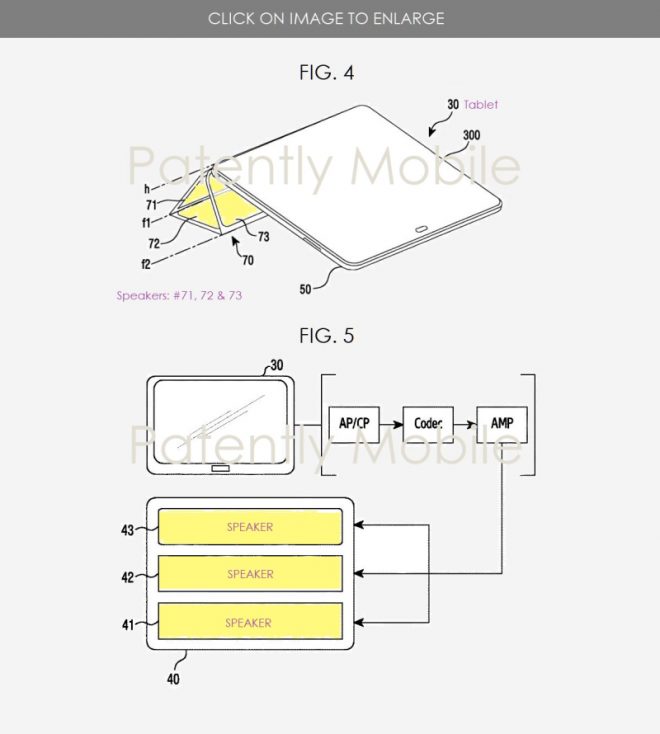 Samsung Galaxy Fold Now Said to be Coming in July