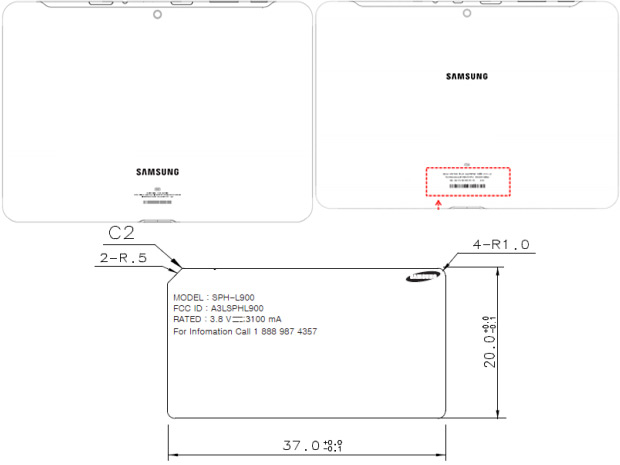 Samsung has a trio of new devices passing through the FCC and the newcomers include both a familiar face, the Galaxy Note II and two models that don’t ring any bells. The latter are Samsung P500 and i915 tablets for Sprint and Verizon respectively. Galaxy Note II for Sprint and US Cellular also reached the famous authority for approval.

SPH-P500 and SCH-i915 are LTE-based tablets and their labels seem to hint at Galaxy Tab 2 versions, but beyond that we have no clue regarding these models. Both codenames have previously been spotted in benchmarks that hint at the faster Snapdragon S4 CPU instead of the usual Tab 2 TI OMAP chipset. The SHP-L900 size and dual mode support clearly show it’s the Galaxy Note II for Sprint, in the meantime. It appears that around October 24th you’ll get your Note II units, while the other two are a mystery.

It would be interesting if Samsung unveiled Snapdragon S4-based tablets, since they’ve used this CPU already on the US version of the Galaxy S III and they know how to work with it. Also, if prices are as affordable as the ones of the original Tab 2s then the newcomers will be must have tablets.