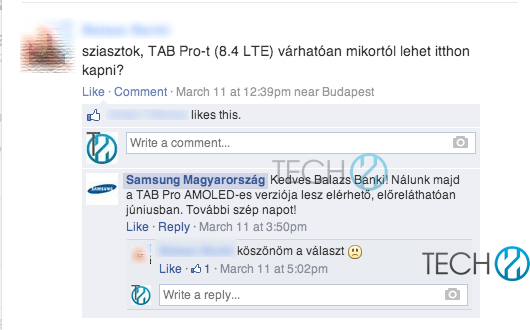 Lately we’ve heard some rumors regarding Samsung’s potential involvement in the development of an AMOLED tablet. Ever since the Galaxy Tab 7.7 we haven’t seen such a device, so it would be interesting to go back to AMOLED. Now Samsung Hungary actually offered some hints on such a device.

They responded to a question regarding the Galaxy TabPro 8.4 LTE and they let slip that a Galaxy TabPRO With AMOLED display is coming in just a few months. We have no idea what the diagonal will be, but rumors claim we’ll be dealing with a 2560 x 1600 pixel unit, with an AMOLED panel and that it will come in 3G, LTE and WiFi versions.

Inside we’ll probably find the Exynos 5 CPU and the slate may come with Android 4.4.2 KitKat out of the box. Various sources say that this model will borrow the Ultra Power Saving Mode from the Galaxy S5, that makes the UI black and white to give you a day of extra usage with 10% battery left. 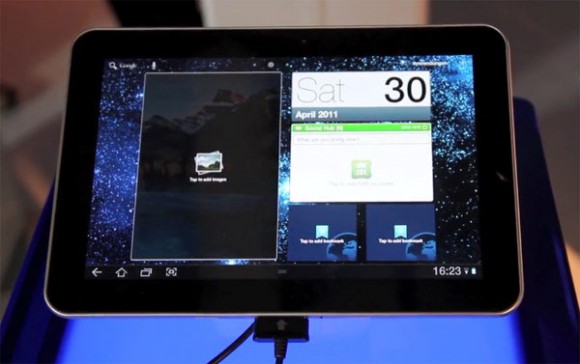