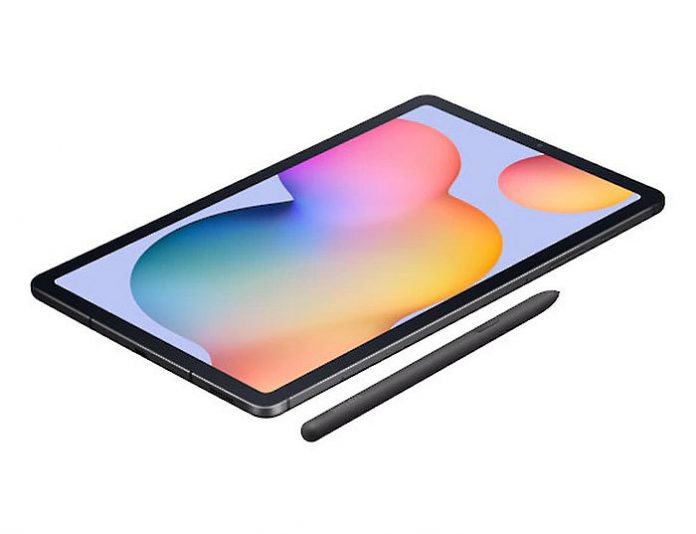 Samsung Galaxy Tab S6 Lite has just reached India, where it has been released over the weekend, priced at $370 in the WiFi version. The 4G version is priced at around $400. This device is a pretty solid alternative to the Tab S6 and Huawei MatePad Pro if you’re on a budget.

First of all, you’re getting pretty much the same stylus functionality as the Tab S6 and you’ve even got the groovy AR Doodle, used to doodle on videos using AR features. But that’s only play. It’s also good for work, in order to take notes, highlight stuff, draw and write on screenshots. There are 3 color options for the product in India: Oxford Gray, Angora Blue and Chiffon Pink. You can also buy a book cover separately, but there’s no custom keyboard available for the device just yet.

The S Pen stylus can magnetically snap onto the right side of the tablet or the optional book case, so you won’t lose it. Samsung Galaxy Tab S6 Lite comes with an all metal body and a 10.4 inch screen with a 2000 x 1200 pixel resolution. It also has the same octa core CPu as the Galaxy A51, Exynos 9611, together with 4 GB of RAM and 64 GB of storage. The battery is quite generous at 7040 mAh and we also got Android 10 with One UI 2.0 on top. There’s an 8 MP back camera here and a 5 MP front shooter. The audio jack also makes the cut.

Preorders for the product have started today in Indian outlets and online retailers. Preorders will also give you discounts for accessories.