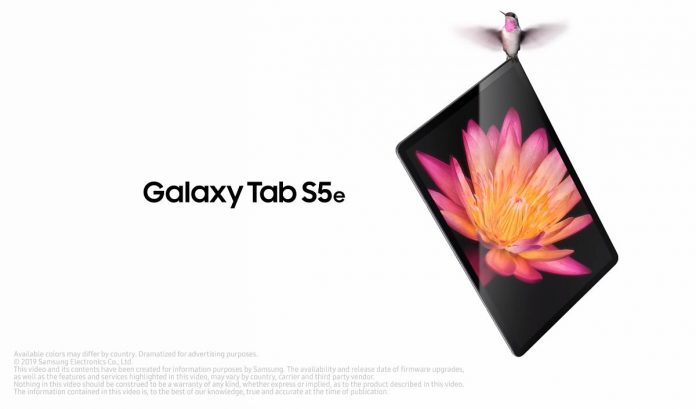 Apple, eat your heart out! Apple has had a few nice commercials over the years for its iPads and iPhones, but Samsung just knocked this one out of the park. They created a new commercial for the Samsung Galaxy Tab Tab S5e, that’s very stylish, imaginative and inspired.

It’s all focused on how slim this beast is. Announced last month and released this moth, the device is a mere 5.5 mm in thickness, which is crazy for a 10.5 inch diagonal. The product has a 2560 x 1600 pixel resolution, a Snapdragon 670 CPU and a 7040 mAh battery. The screen is obviously of the Super AMOELD variety and we get Android 9.0 Pie with One UI in the mix.

In the ad we see the device slipping below doors, between wooden panels inside a house. It’s being used for videocalls, recording video blogs and playing Asphalt 9. There’s also time for some streaming to the TV set and even some control of SmartThings enabled speakers around the house, with a funky romantic song at the end.

The product is priced at around $500 and it stands out through the 4 speakers on board with Harman Kardon, AKG and Dolby Atmos. It’s also got fast charge and comes in black, gold and silver. Loving the ad!