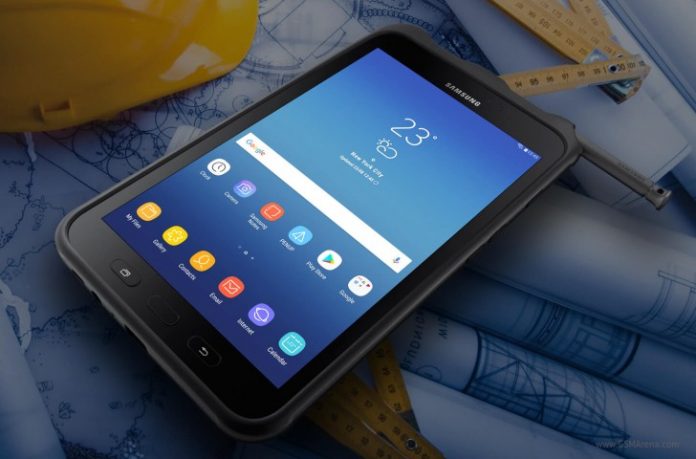 After more leaks than the Galaxy Tab S3 somehow, Samsung Galaxy Tab Active 2 is finally official. The 8 inch tablet has been announced, as the latest rugged model in Sammy’s portofolio. It’s got military standard MIL-STD-810 certification and it gets detailed below.

This product has been unveiled in Europe, courtesy of Samsung Netherlands and it’s apparently intended for local businesses. It’s got IP68 dust and water protection and comes with an 8 inch screen with a 1280 x 800 pixel resolution. I’m having a hard time placing this in a midrange or entry level segment, but let’s say it’s midrange for now. The same screen has a special high sensitivity mode, so it can be used with the gloves on. 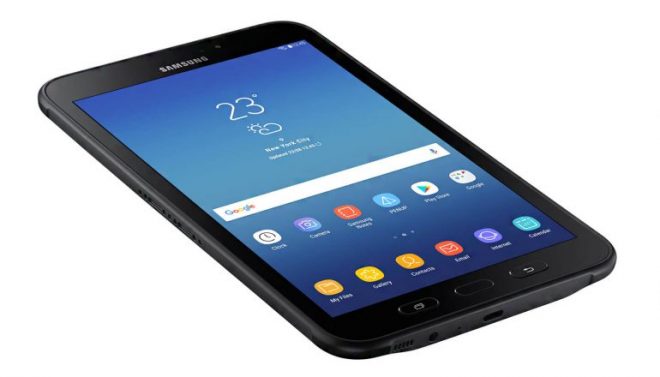 The device features physical buttons and its Home button includes a fingerprint scanner. Justifying the $590 price is a bundled S-Pen stylus and support for Bixby, in both Home and Voice variety. The tablet has a removable battery and it also work as a power bank, juicing up other devices. The rugged product comes with an 8 megapixel back camera, a front 5 MP shooter and it should sell from late November.

The tablet can be dropped from up to 1.2 meters thanks to a special protective technology. Augmented reality features have also been promised, plus NFC, 4G and pairing with barcode scanning and more. We don’t have a clear specs list yet, one that includes CPU and RAM.