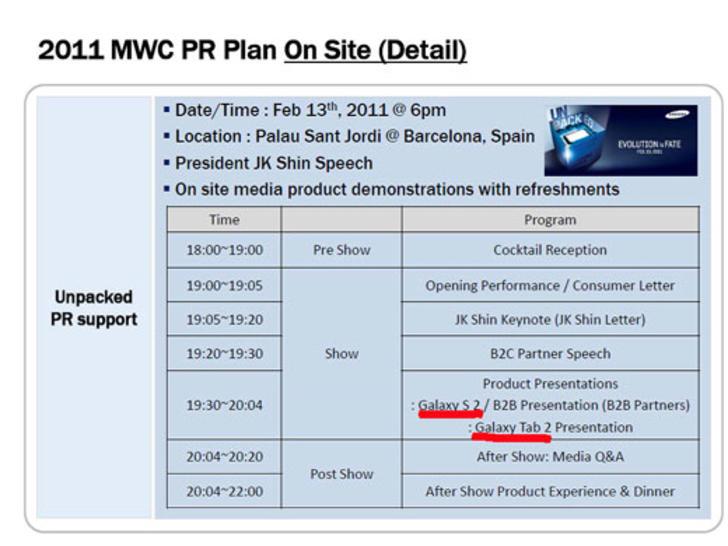 A leaked PR slide for MWC 2011, that debuts next month, points towards the unveiling of two long awaited Samsung goodies: the Galaxy Tab 2 slate and the Galaxy S 2 smartphone. Starting in Barcelona on February 14 and preceded by a pre-show on the 13th, MWC 2011 will most likely include dozens of tablets. 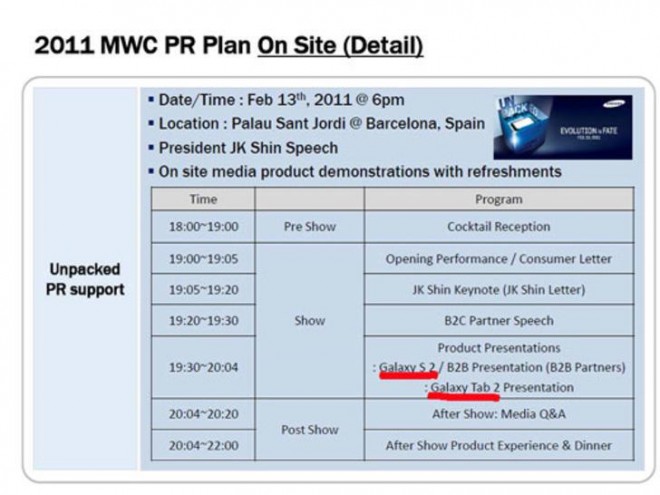 Samsung will unveil its new slate on February 13 and there’s even a teaser for the event saying “Something big is coming”. It’s most likely that the new slate will run Android 3.0 and it’ll feature a dual core CPU, that the Asian company promised to include in the next tablet. Rumor has it that Samsung is working on a 10 inch device, so that’s where the “something big” in the teaser steps in. 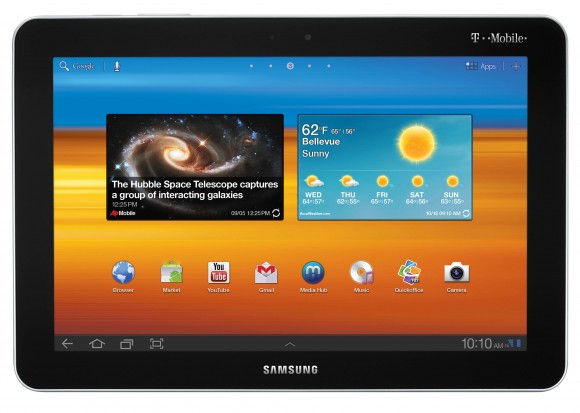 T-Mobile SpringBoard 4G Tablet Released, Together With the HSPA+ Version of...