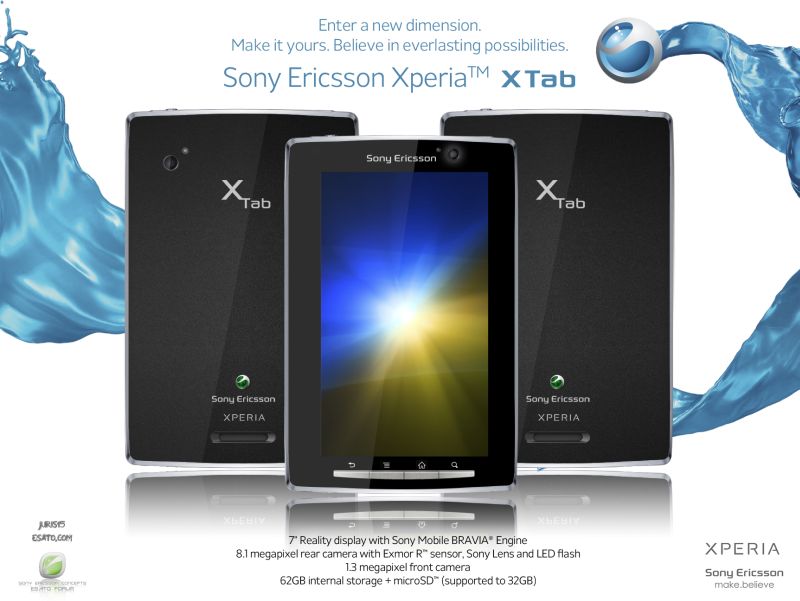 Before you start dreaming about a Sony Ericsson tablet, keep in mind that this is a concept, created by Esato board user juris15. The device is called the XPERIA X Tab and it’s a tablet that packs a 7 inch Reality Display, making use of the Sony Mobile BRAVIA Engine. 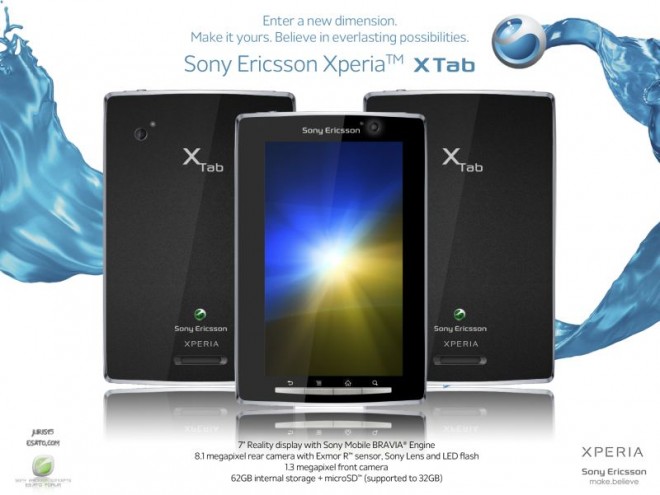 This XPERIA futuristic product also uses an 8.1MP camera, plus 62GB of internal memory, a microSD card slot and also an Exmor R sensor and Sony Lens in the camera department. It would be cool if this product were real, but Sony might want to focus more on its PSP 2 and PSP Phone, rather than Android 3.0 tablets. 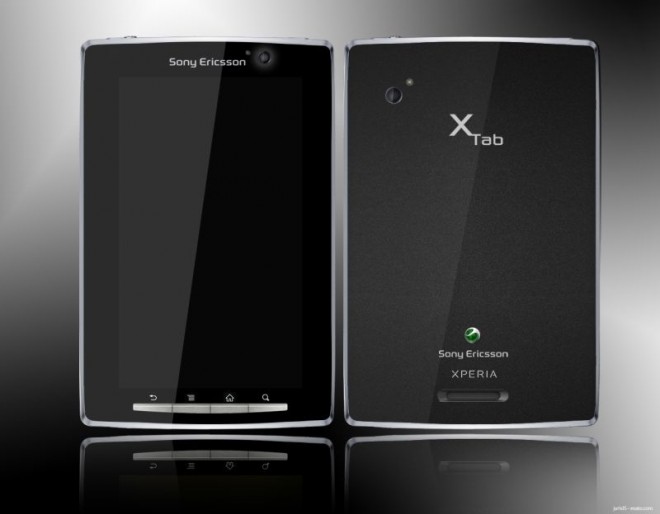