Samsung’s extra large tablet rumors date from back in January and March, when everyone expected to see such a device at CES or MWC. Well, apart from a supposed render and some specs, we haven’t heard much… but today we get fresh intel.

It would appear that the product, with its 2560 x 1600 12.2 inch screen panel has been spotted under a few model numbers: SM-P900, SM-P901 and SM-P905. Back in September a possible image of the tablet appeared, bearing the name Galaxy Note 12.2. Today the same unit appears in benchmark results and in the Bluetooth SIG database.

The model names are now SM-P905 and SM-P905V. AnTuTu’s benchmark data shows the same resolution as before, as well as a Snapdragon 800 CPU, 32 GB of storage and 3 GB of RAM. It’s not yet clear how this product will stand apart from the Galaxy Note 10.1 2014, that seems to share all of its specs, aside from the diagonal and probably the battery. 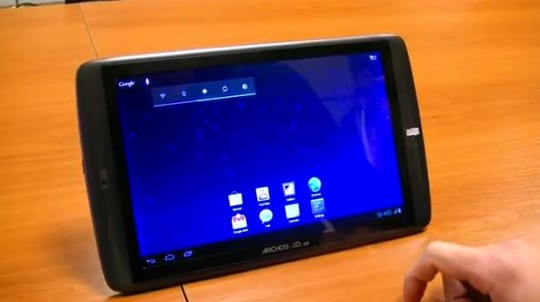