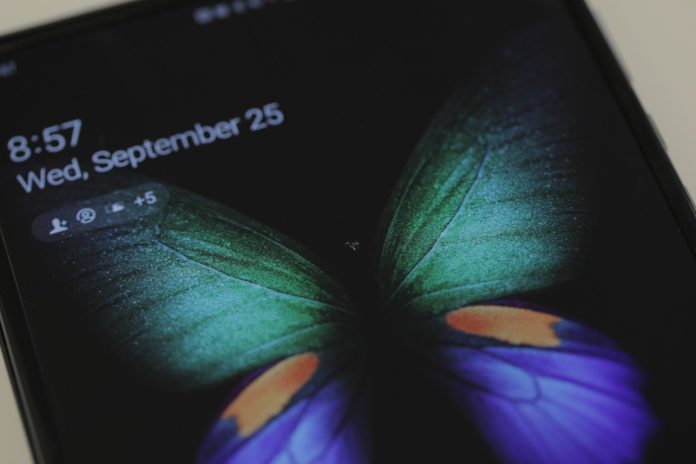 Samsung can’t catch a break! Turns out that the Samsung Galaxy Fold still has problems, even in version 2.0. Earlier this year it was delayed, because its hinge was prone to catching lint and dirt into the mechanism. Also the protective screen layer was easily peeled off. Now version 2.0 is here, just launched in USA and it already has problems.

Samsung already put out safety videos, warning users not to press too hard on the screen or hinge. Now one owner has already found problems with the new device. Brian Heater from TechCrunch has run into a problem, spotting a small blob in the middle of the screen. It appeared after just one day of usage of the redesigned model. Oddly enough the editor didn’t have any problems with the original units from earlier this year, recalled by Samsung. 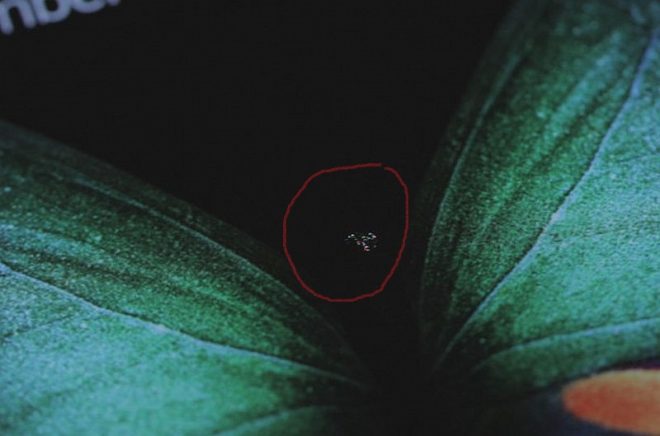 Heater theorizes that the problem may be cause by a combo of manufacturing defect and the device’s folding while pressing the screen. Samsung already warned people about pressing the flexible screen with too much pressure. Samsung has taken back the defective device, to investigate it. The blob remains and can be clearly seen in the images. Galaxy Fold just hit the stores in USA today after a few days of availability in South Korea. It remains a pricey machine at $2000, so Samsung can’t risk anything.

One more call and the whole lineup is as good as dead, also threatening the entire foldable phone segment. Any Galaxy Fold owners here with bubbles on their units? It’s also rather large, visible and rainbow colored.