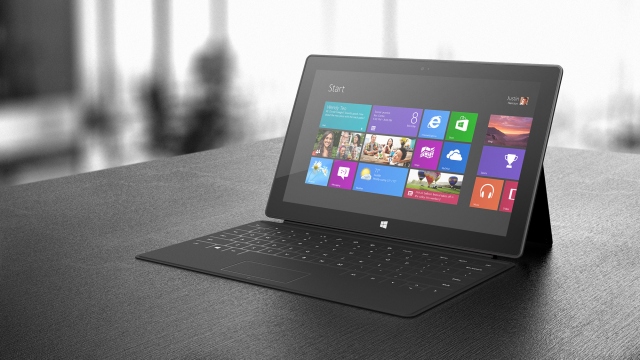 As you probably know already, Microsoft posted by mistake on its site the pricing for the Surface Tablet RT and then quickly took it down. As mentioned here, the product is supposed to cost $499, with the Touch Cover keyboard going for an extra $100. The top of the line model, the 64 GB version with Touch Cover goes for $699. But what’s really behind these prices and hype?

Below you can watch the brand new and very cool promo video for the tablet, a product that hits the stores this month, but can be preordered from today. The folks of Techcrunch actually paid a visit to the Redmond campus for an afternoon tour, together with other 20 bloggers and journalists, trying to get into the whole Willy Wonka vibe, as they explored the “chocolate factory” of Microsoft. The tour was focused on Surface and also involved a meet and greet (and talk) with Steven Sinofsky, president, Windows and Panos Panay, general manger of the Surface team.

During the tour, Microsoft executives took the time to show the clicking magnets that connect the detachable keyboard to the slate, plus the mechanism behind the kickstand and also emphasized the resolution of their new device. Microsoft also detailed a process called VaporMg, that is basically all about Microsoft molding components and chassis together with an incredibly thin waistline and a solid feeling. Industrial designers were introduced, prototypes were shown around and it was basically an open gates occasion at Microsoft.

The first inspiration for the Surface was Moleskine sketch pads, apparently. Then it all turned into a cardboard mockup and then a prototype. This is truly a fascinating and interesting story, showing us what the making of was like for this new product. Be sure to read the full piece in the source link!