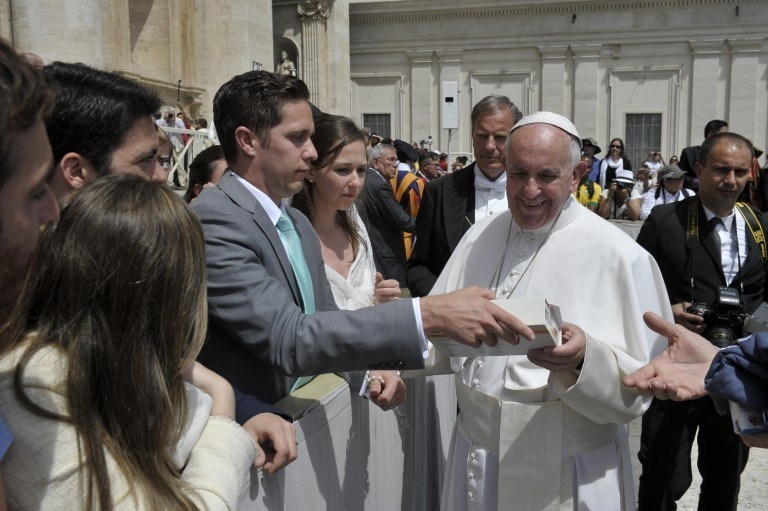 Pope Francis has received a shiny new tablet, but not just any tablet. It’s the Biblezon Catholic Tablet, the first model dedicated entirely to the Catholic faith. It’s a 7 inch model, detailed below. 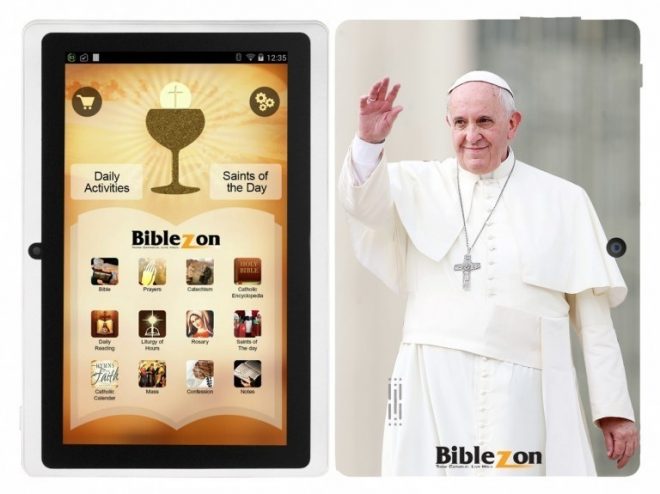 Ryan Conklin, friend of Biblezon CEO and founder Mosongo Osong made a pilgrimage to Rome and went with his bride to the Vatican for a Papal Wedding Blessing. They also had a package for the papal figure, offering him the special catholic tablet. This is a one off model, destined for Pope Francis, which is shown by both the custom shell and the religious activity-focused UI. 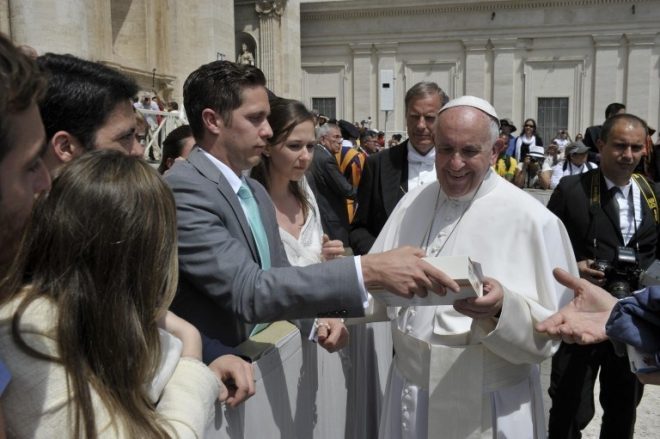 The visitors also showed the Pope the functionality of the slate and he was very impressed and excited about the whole thing. Turns out that Ryan Conklin had spent 7 years in Rome as a seminarian and was fluent in Spanish so his dialog with the leader of the Catholic Church was fluent. Basically, the tablet is sort of like an Amazon Kindle Fire, only focused on religious apps and activities, without distractions related to other functions.