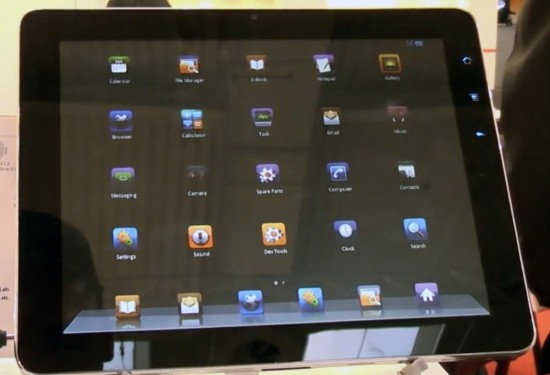 If you’re looking for an iPad clone, the answer comes from Pierre Cardin in Hong Kong. They manufacture the PC1018 tablet, that was showcased at CeBIT 2011 and can be seen in action below. It runs Android 2.2 and it comes with the specifications listed below. It’s got pretty decent features, I’ll tell you that.

Expect this unit to pop up with different name, since it’s not a product for the general public, but rather for manufacturers who rebrand it. Android 2.2 is running on the Pierre Cardin PC1018, but Honeycomb could arrive at a later date. Here’s the specs list followed by a hands on: